What is pseudomyopia? Avoiding overcorrection in children 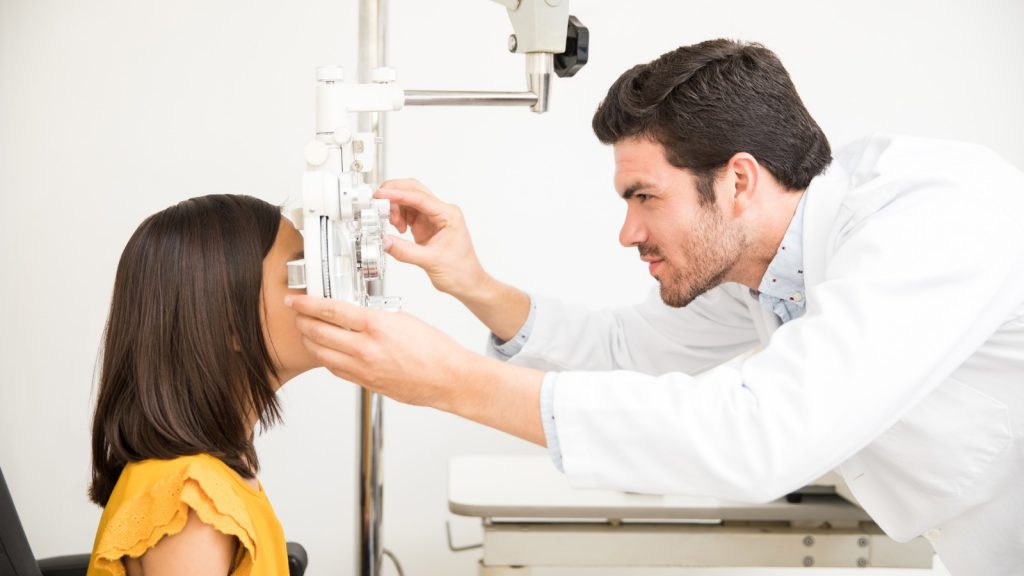 What is pseudomyopia and how often does it occur? How can we avoid overcorrection in young myopes? Myopia has been defined as when the refractive state is equal to, or more minus, than -0.50D when ocular accommodation is relaxed.1 But transient myopia, which can also be called accommodative spasm or pseudomyopia, occurs when the accommodative system is not relaxed, making a patient falsely seem to need more minus lens correction power.

This issue may be quite common in our young population: the Anyang Childhood Eye Study surveyed a variety of factors in over 4500 school-aged children. Pseudomyopia was defined as exhibiting myopia of at least −0.50D before cycloplegia and less than −0.50D after cycloplegia: being emmetropic on cycloplegic refraction. Subtracting the two gave the amount of pseudomyopia, and measures were taken by autorefraction.2

The younger children showed mean pseudomyopia of 1.13D and for older children it was 0.38D. Among these children, 1 in 6 were wearing spectacles - which they obviously didn't need. There was not enough statistical power to test if wearing unneeded glasses sped up eventual myopia progression.

There was no link found between pseudomyopia and time spent on near work or time spent outdoors. After one year, 16% of these 6-year-olds and 11% of the 13-year-olds had become myopic, but this progression was not any faster than in the true myopes.

The Anyang Childhood Eye Study surveyed '127 optical stores' and reported that 72% did not use any methods to relax accommodation during refraction. Around one-quarter used fogging methods and only 3% routinely used cycloplegia for a myopic child's first refraction.

Retinoscopy with fogging is an ideal refraction technique as it allows for both an accurate refraction and evaluation of the subsequent binocular vision response. Retinoscopy is the best screening tool for detecting amblyogenic risk and detecting refraction when done by an optometrist or ophthalmologist3,4 and is listed in the Optometry Australia’s paediatric eye care reference guide as the primary refraction technique for children up to age 7, and in the American Optometric Association’s Clinical Practice Guideline on Pediatric Eye and Vision Examination as the preferred technique for school aged children. The American Academy of Ophthalmology Pediatric Preferred Practice Guideline on Pediatric Eye Evaluations agrees, stating that "Patients should undergo cycloplegic refraction to determine refraction with retinoscopy, followed by subjective refinement when possible."

Fogging the non-tested eye during retinoscopy yields results within 0.3D of cycloplegic outcomes in children.5 The amount of fogging doesn't seem to influence the result, with anywhere from +1D to +5D yielding similar results.6

For children, ensuring enough plus to relax accommodation is key. Considering that the +2.00 'fogging test' is successful in detecting hyperopia in children 5-11 years,7 this seems a reasonable amount for fogging in childhood retinoscopy.

When undertaking retinoscopy, fogging the non-tested eye by around +2.00 should be sufficient to achieve a refraction outcome in children within 0.25D of the cycloplegic result.

Read An Ode to My Retinoscope for many more ways retinoscopy can help from childhood refractions to keratoconus screening to contact lens practice.

Further reading on pseudomyopia and avoiding overcorrection in children 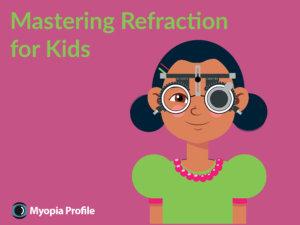 Check out Myopia Profile's two hour, intensely practical online course Mastering Refraction for Kids. Upskill with interactive text, downloads, animation and video demonstrations, prescribing advice, test-your-knowledge challenges and more. This course will increase your knowledge, clinical skills and confidence in refraction techniques and prescribing decisions for children of all ages and refractions - not just myopes! Click the link to learn more and try the first few lessons for free.