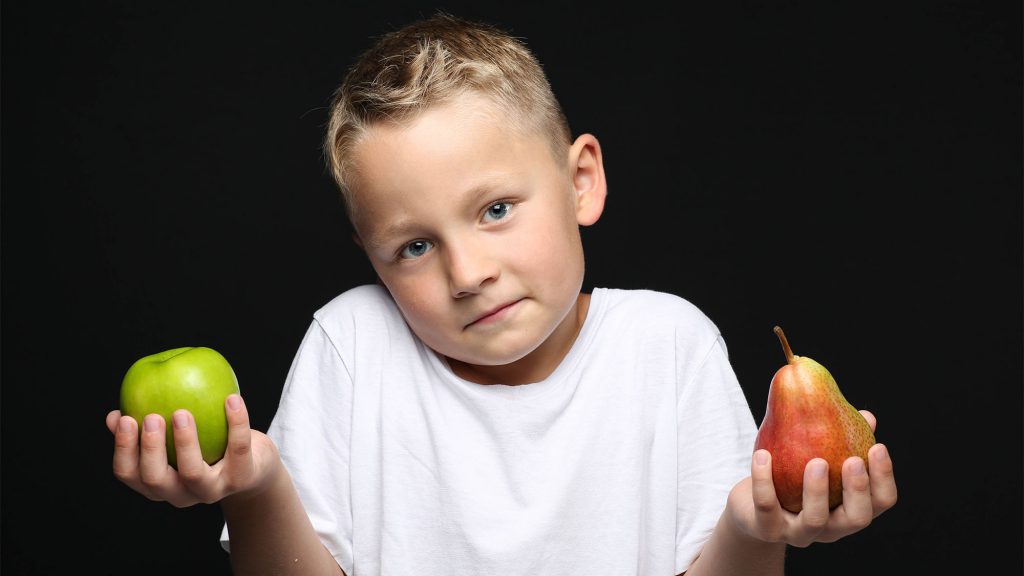 For some time now, practitioners and researchers involved with myopia management have sought to develop myopia progression charts that can be used in everyday practice.

The health concerns risks associated with a stretched eye are the primary concern from myopia progression leading to research interest into the development of myopia progression charts that can be used by eye care practitioners in everyday practice.

Most of us are familiar with the concept of percentile charts for the height and weight of babies and toddlers, where their progress is compared to a growth curve.  Being able to assess myopia progression in a similar way is beneficial for both practitioners and patients as it provides a comparison against a calculated average from other children their age.

However, there is a big difference between a child’s height and weight chart and a myopia progression chart. Children are fit to height and weight centiles soon after birth and expected to follow a centile group with concern only raised if there is deviation from the projected pattern of growth. When it comes to myopic eye growth, we need firstly to establish whether a child falls into the more dangerous higher growth centiles, and where this is the case actively seek solutions and remedies to push them into tracking lower and safer eye growth centiles.

To do all of this we need a reliable way to identify which children are at risk for developing myopia, ideally at the youngest age possible, and to track eye growth throughout childhood to identify any adverse deviation from deemed safe eye growth and the impact of myopia control interventions.

Axial length as a predictor of myopia

As eye-care practitioners, we are aware that myopia has multi-factorial causes.  There is a genetic aspect1,2 but a patient’s lifestyle also plays a part,3,4 with those spending more time indoors being more at risk of higher myopia later.5  The view that axial length elongation is strongly linked to increased myopia is widely accepted and so many of the charts created for comparing a child’s progression so far have focused on axial length increase as a function of a child’s age for this reason.6,7

Two recent studies which sought to create growth curves based on axial length and age were carried out in Europe (published online 2017)8 and in China by (published 2019)(9). Both studies revealed that axial length provided a reliable predictor and could be used to create percentile growth curves, and that children falling below the 50th centile for AL increase were less likely to become myopic than those above the 50th centile.

Tideman et al1 reported on a culmination of three separate studies from the Netherlands and the UK where data from each was combined. They found that between the ages of 6 and 9yrs old, increases in axial length and myopic refractive error were strongly linked and that axial length increased across all the percentile groups.  Those who were at or above the median continued increasing to at least 15yrs old. The authors showed that a child’s myopic status at aged 6yrs would provide a reliable estimate of future myopia at 9yrs. The rate of eye growth was twice as high in those children who developed myopia compared to those who didn’t, and a higher change of the percentile positioning was linked to more chance of being myopic.

Diez et al9 also found a similar trend in axial length growth where the fastest elongation was in the 6-9yr old group, before it slowed for the 9-15yr olds.  There was an overall higher prevalence of myopia amongst the Chinese children compared to the European children.  The authors found that this corresponded with a larger difference in the centiles of the Chinese 9-15yr olds compared to the European children in the same age group.

The following table compiled by Diez et al shows the combined axial length findings from both studies that were used to create percentile growth curves.

Neither study felt that gender was a predictive factor.   Tideman et al found no gender difference at aged 9 and that there was also no difference found in the adult cohort of their European study.  Diez et al also felt that increasing myopia had much more of an association with age rather than gender.  As an example, if we consider the 50th centile values for the European children, we can see that 6yr old girls had 22.06mm AL compared to 22.59mm for the 6yr old boys.  For the Chinese children, the value was 22.54mm for the 6yr old girls versus 22.99mm for the 6yr old boys.   There may be small differences here for gender, but the differences due to the ethnicities of the children are larger and already apparent at a young age.

The biggest difference considering ethnicity here is apparent when you consider that a 15yr old European girl can be showing an AL of 23.15mm on the 50th centile, but a 9yr old Chinese girl has already hit this value on their 25th centile.  The values are almost identical for the boys too: a 15yr old European presents with 23.65mm in the 50th centile and yet a 9yr old would have 23.70mm on their 25th centile.

These results do show that axial length increasing with age is a good indicator of future myopia.  The Tideman study found that 354 children had fast axial growth and moved across more than 10 percentile growth groups between the age of 6 and 9yrs, and over 45% of them were then already myopic by 9yrs old.  Those children that didn’t increase by more than 10 percentiles had less than a 5% myopic prevalence.  The Diez study also found the same patterns with growth when they saw axial growth in all the percentiles above the first quartile.  Growth also continues for 75% of those children and when they used a second cohort to verify the findings from the first group, they saw the chance of being a high myope increased during adolescence if the axial length was already above the first quartile.

What does this mean for clinical practice?

The advantages of the growth curves

What these two studies have demonstrated is that having percentile growth curves to help predict a child’s final myopia is valuable.  They provide an easy visual tool when discussing likely myopia with the parents of a young child, and they show a likely progression with age compared to an ‘average’.

These charts have been developed to identify those at risk of high myopia later in life and who might benefit from managing that risk while they are young enough to get the maximum benefit from it.  We can use growth curves to try and spot those who might progress early, which might be as early as 6yrs old according to both of these studies.

The disadvantages of the growth curves

Remembering the charts show an average also leads us to their limitations.  Each child will have their own individual progress which will depend on the parent’s myopia and how the child spends their time (e.g, time spent outdoors).  While these aspects will influence axial length growth, we can’t be sure which gives the biggest push and so looking at the axial length alone will only give some of the picture in terms of what we need to control for them.

Depending on a child’s ethnicity, it can be seen that if a growth chart based on Asian data was used for a European child, that child could appear to be lagging behind on the growth curves and the myopia may be under-estimated.  An over-estimation would occur should they be used the other way round, where a Chinese child would appear to be massively exceeding their group and jumping several percentiles in a short period of time.

Using relevantly-calculated growth curves would be key here, so making sure the child’s age and ethnicity is taken into account is important where different countries and cultures show a different age of onset and rate of progression.

What these two research studies have shown us is that knowing a child’s axial length and how it is changing over time is key.  Using growth curves helps us compare our patients to a ‘normal’ based on other children’s development, and although we can’t say for certain how closely a child might follow a percentile curve we can see if they are moving away from an average.

Any growth curve will require updating with time to allow for trends in the myopic prevalence in the general population that will impact on the average.  For example, the prevalence of myopia has been increasing in the past few decades and it is expected that by 2050, over 48% of the global population will be myopic(10).  It is also possible that an increased uptake of myopia management in the relatively recent past may skew future figures, where the axial length of children has been at least limited or controlled.  However, this obviously won’t negate the genetic influence which will still be present.

The ultimate aim is to reduce the likelihood of high myopia for our young patients and so any tool we have at our disposal is valuable, even if it isn’t perfect.  We can confidently add percentile growth curves based on axial length to our myopia management toolkits.