Which soft multifocal contact lens to choose for astigmatism? 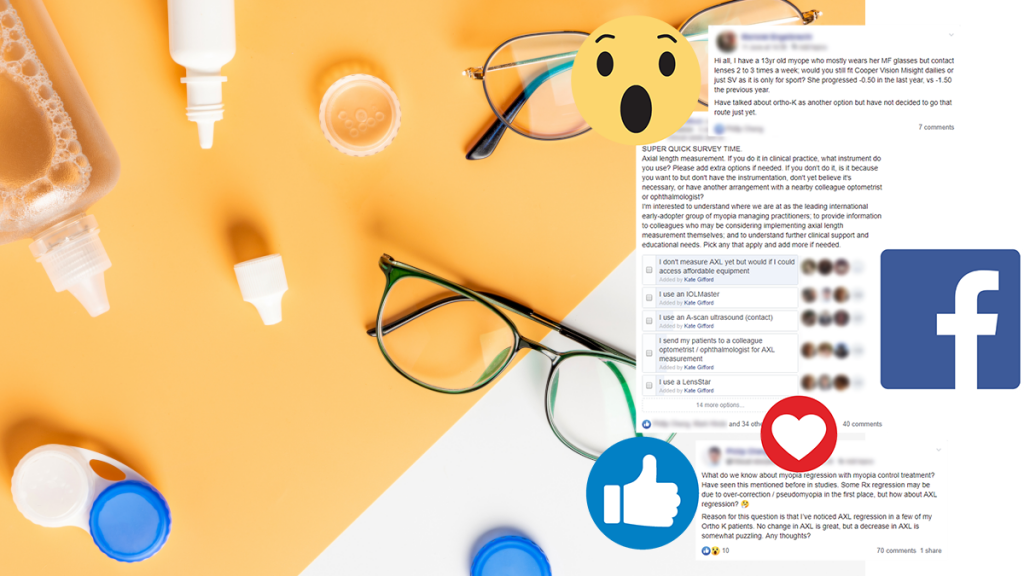 Both Mylo by mark'ennovy and MiSight by CooperVision are contact lenses that have been specifically designed and marketed for myopia control purposes. They are different to a 'multifocal' contact lens, although often termed similarly, because of their design. The table below provides a comparison on features.

It is important to note that that MiSight lenses are FDA-approved for the use for myopia control, the only contact lenses such designated. 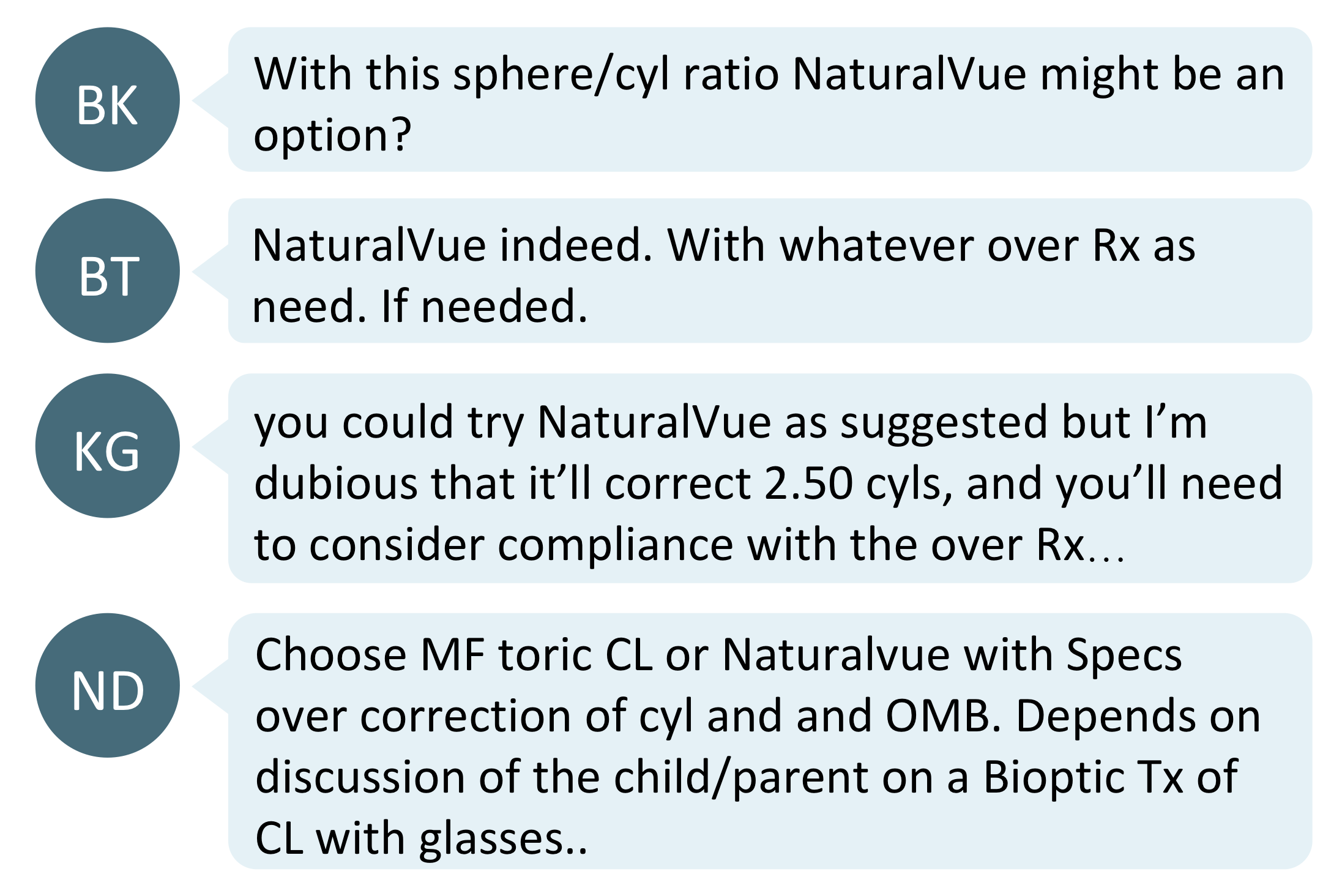 Some multifocal soft contact lenses (MFCL), traditionally used for presbyopia, have shown efficacy for myopia control.  A review of various MFCL designs found that they slowed myopia progression by a weighted average of 36% for refractive progression and 38% for axial length progression.3 It is presumed that the near addition surround the distance correction provides the peripheral myopic defocus on the retina to help in slowing myopia progression.3  Commercially available options include the CooperVision Proclear and Biofinity distance-centred MFCLs. In a study investigating the +2.00 Add, distance centred Proclear lens, in comparison to an historical single vision wearing contact lens control group, the MFCL showed a 0.52D (50%) reduction in refractive progression and a 0.12mm (29%) reduction in axial elongation over two years.4

This same lens design is now being investigated in both +1.50 and +2.50 Add, distance centred designs, in the Biofinity material, in comparison to a concurrent Biofinity single vision control group.3

Another option mentioned, which is being marketed for both presbyopia and myopia correction, is the Visioneering Technologies NaturalVue lens. This lens is described as 'extended depth of focus' and has been investigated for myopia control in one case series which showed a near halting of refractive progression when comparing a wearer to their previous progression rate, but did not feature a control group or measures of axial length.5

All of these options are spherical. As the child in this case has high astigmatism, these spherical contact lenses may not allow for good acuity. If these options are chosen, consideration is needed to prescribe spectacles to correct the astigmatic over-refraction, as suggested by commenters above.

Additional toric MFCL designs are available, although their spherical versions haven't been studied for myopia control. Availability will depend on your country of practice. The following custom-made designs include Relax Myopia by SwissLens, Saphir MF and Gentle 59 MF by mark'ennovy, and Duette MF by SynergEyes. These all feature silicone hydrogel material options, with the Duette MF being a hybrid lens with a rigid centre and a silicone hydrogel skirt.

The contact lens options above comprise both hydrogel and silicone hydrogel materials. Since the advent of silicone hydrogel lenses, these have become the first-choice material because of the superior oxygen permeability.

Hydrogel lenses have a low modulus that makes the lens softer and gives initial comfort to the wearer. It exhibits low inflammatory response, low infection risk and good wettability.6

Silicone hydrogel lenses have a higher modulus compared to hydrogel lenses. But they have higher oxygen permeability, which reduces the risk of hypoxia.

Between these two options, daily-disposable lenses have a lower risk of infection. To read more about infection rates, check out our blog Contact Lens Safety in Kids. The additional advantage of daily disposable contact lenses are related to patient experience. One study found that symptomatic reusable contact lens wearers, replacing their lenses at intervals of 1 to 4 weeks, showed significant improvements in both their symptoms and biomicroscopy signs of contact lens irritation when switched to daily disposables.10

Manufacturer specified indications for use

MiSight® 1 day (omafilcon A) soft (hydrophilic) contact lenses for daily wear are indicated for the correction of myopic ametropia and for slowing the progression of myopia in children with non-diseased eyes, who at the initiation of treatment are 8-12 years of age and have a refraction of -0.75 to -4.00 diopters (spherical equivalent) with ≤ 0.75 diopters of astigmatism. The lens is to be discarded after each removal.