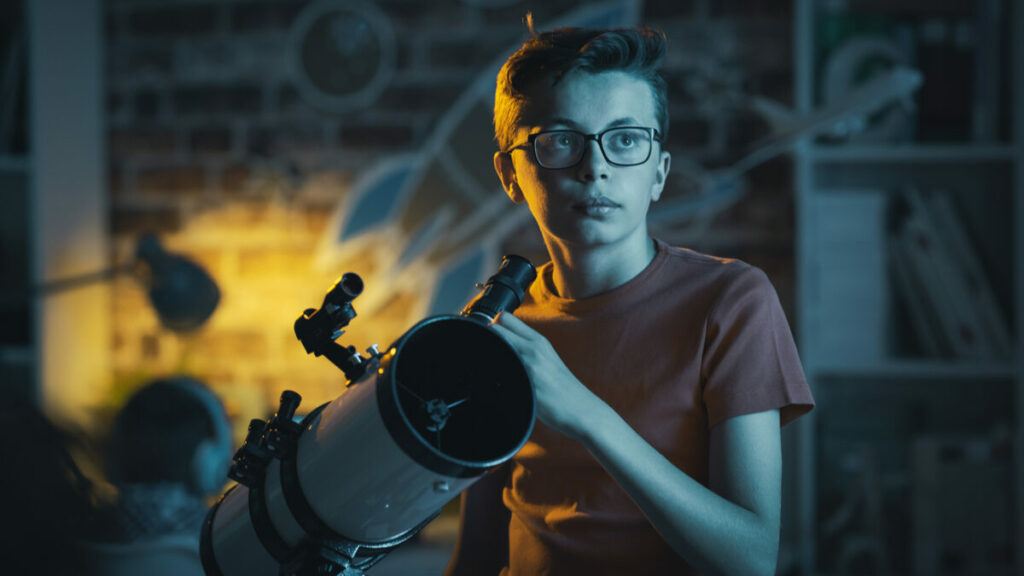 Essilor® Stellest™ lens is one of the newest generation of myopia controlling spectacle lenses, appearing to have efficacy to slow myopia progression in children at least as good as the current 'best' interventions of orthokeratology, dual-focus soft contact lenses and 0.05% atropine.1

Both one-year and two-year randomized control trial data have been published.2,3 In children who wore Stellest lenses for at least 12 hours per day, 7 days per week, their final axial length and myopia was respectively 0.41mm and 0.99D less than children who wore single vision spectacles. The Essilor Stellest lens is designed with Highly Aspherical Lenslet Target ("H.A.L.T.") Technology.

In this article we'll explore the details of this innovative new spectacle lens for myopia control, including research data on its efficacy and visual outcomes. Research on visual functions has also been undertaken indicating that the lens design has minimal impact on distance and near acuity, contrast vision and binocular vision compared to single vision spectacle lens wear. 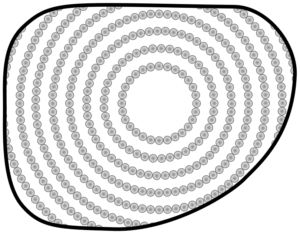 The image at left is a schematic to illustrate the Stellest lens. Here are the features.2,4

How does the lens work?

We imagine these as focal points, or single planes of focus. Indeed, when we think of an 'add' power in a myopia controlling spectacle or contact lens, this is an accurate way to represent the 'treatment' component of that lens design. By contrast, the VoMD creates a spread of non-focused light rather than the single focus power of an 'add'. This volume is proposed to create a significant slow-down signal for eye growth, based on outcomes of animal models.3

In the image below, the white image shell illustrates this VoMD. 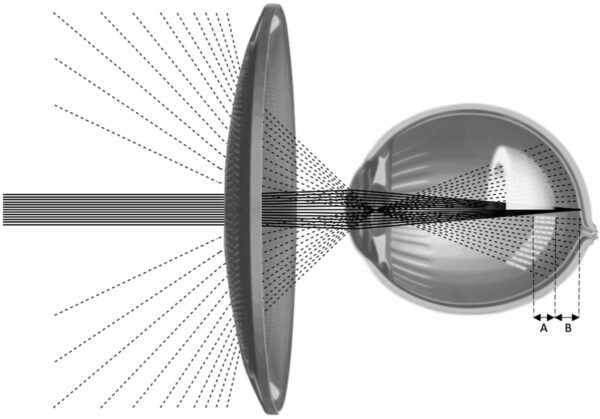 Figure 1 from Bao et al2 with the following caption: Illustration of the study device providing a volume of myopic defocus (VoMD) (white shell) in front of the retina through 11 concentric rings of contiguous lenslets (A=depth of VoMD and B=distance from the retina). The calculations for the lenslets were based on the modified Atchison eye model using a retinal shape modified to match the peripheral refraction data of Chinese children. Spectacle lenses with highly aspherical lenslets (A=0.7 mm and B=1.2 mm), spectacle lenses with slightly aspherical lenslets (A=0.3 mm and B=1.0 mm) (illustrated and authorised by Dr. Damien Paillé from R&D AMERA, Essilor International).

So what is the 'add' power?

Sorry, you won't get an answer to this one! We're used to thinking about 'add' powers in multifocal soft contact lenses (MFCLs), and of course in spectacle lenses too. The 'add' power in these myopia controlling lenses, though, doesn't work in a traditional sense. The DIMS spectacle lens, with +3.50 Add lenslets, has been shown to not alter accommodation and vergence as we'd expect a traditional add to do in a progressive addition or bifocal spectacle lens.7 Similarly, research in MFCLs has found that different add powers do not differentially influence accommodation in young wearers and instead the design (concentric versus aspheric) has the greater influence.8 Finally, the dual-focus concentric MiSight 1 day contact lens, which has zones of distance correction and a +2.00 Add, has also been shown to not alter binocular vison function.8,9

In the caption for the figure above, you'll see that the VoMD is described in millimetres: the distance that the VoMD is computed to fall in front of the retina,  and the 'spread' of the non-focused light. The differently powered concentric rings have been calculated to follow retinal shape.

The Essilor Stellest lens has been shown to create no change in accommodation lag, accommodation amplitude or near phoria compared to single vision wear in children.10 The VoMD is a new concept, different to an 'add', as the lenslets are not designed to provide a single focal power.

Daily wearing time was self-reported, with a mean of around 13.5 hours per day, similar across the groups. Compliance improved from 61% wearing their spectacles full-time (at least 12 hours per day, every day) in the first year to 89% in the second year. Full-time wearers showed 0.99D less final myopia and only 0.28mm of total axial growth over two years. This gave a 67% refractive ad 60% axial length control effect compared to single vision lenses.3

The Essilor Stellest lens slowed eye growth to only 0.28mm over two years in children who wore them full-time. Final myopia was reduced by almost 1.00D compared to children wearing single vision.

Recall that 1 diopter less myopia means 40% less potential lifelong risk of myopic maculopathy for a person with myopia.11 This was the mean achievement over only two years of full-time wear!

Here are the main findings from the studies which have been undertaken, comparing Essilor Stellest lenses to single vision and other myopia controlling spectacle lenses.

Let me say it again: full-time wear is of utmost importance if we are going to maximize treatment outcomes with the Essilor Stellest lens. This is also true of other myopia control treatments. In the dual-focus MiSight 1 day contact lens clinical trial, the strong results were achieved with a mean wearing time of around 13.5 hours per day, 6.5 days per week.12 The DIMS spectacle lens clinical trial did not measure an effect of wearing time, but compliance was strong, reported as more than 15 hours per day.7

If we want to achieve the strongest myopia control results for our patients, we need to encourage and reinforce the importance of full-time wear: at least 12 hours per day, every day.

Which myopia treatment should you prescribe?

How does the Essilor Stellest lens compare to other myopia control treatments? Very favourably! We do need to apply caution in direct comparison between studies, as differences in study duration and control group characteristics influence the outcomes, especially the reported percentages. Comparing the absolute control effects between studies is possible, though, with a focus on reduction in axial length growth rate, as this is the more accurate measure and the main goal for myopia control.1

The Essilor Stellest lens reduced axial growth by 0.35mm on average across the study participants, with 0.41mm reduction in children who wore them full-time.2 Compared to other myopia controlling spectacle interventions, axial length over two years was slowed 0.34mm in the DIMS spectacle lens, 0.21mm in bifocal and prismatic bifocal and only 0.10mm in progressive addition spectacles.13 Direct statistical comparisons of these figures have not been undertaken to point out which are significantly different (or which may be similar), but we can consider these strong results to be at least as good as what has been reported in ortho-k, dual-focus MiSight and 0.05% atropine studies.1

The simple message is to prescribe anything other than single vision, which suits the child and fits your scope of practice. Arguably, all myopic children need spectacles - even if they're a full-time contact lens wearer - so it's fantastic to have spectacle treatment options like the Essilor Stellest lens, which can at least match the efficacy results of our leading treatments to date.