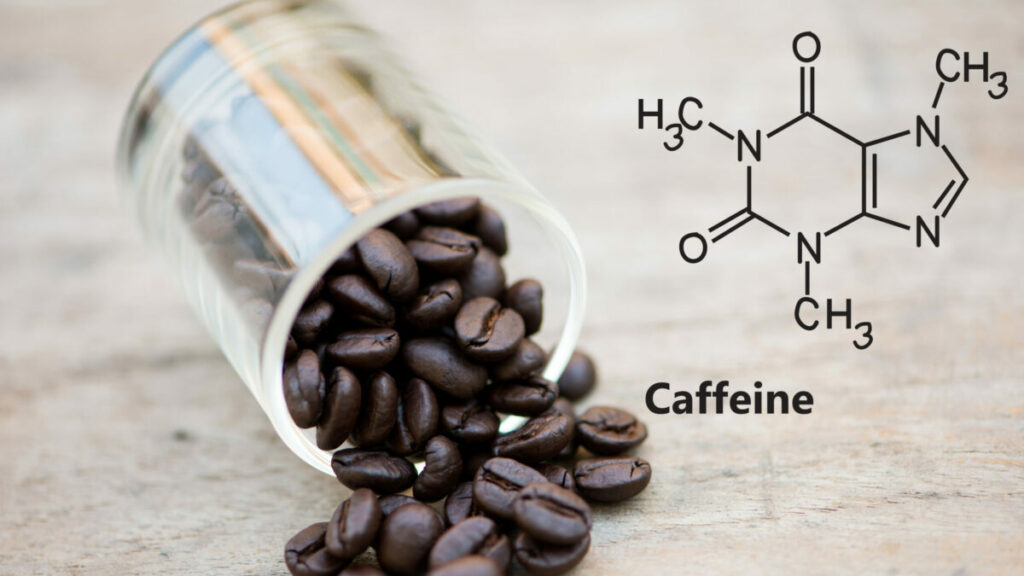 Previous research into the actions of an orally administered adenosine receptor (ADOR) antagonist 7-methylzanthine (7-MX) on form deprivation and lens-induced myopia in animal studies showed a reducing effect, and monkeys have responded with compensating refractive error changes as a response to imposed optical defocus.

This study investigated if caffeine (a non-selective ADOR antagonist) was also able to inhibit axial elongation and myopia progression when administered topically to baby rhesus monkeys.

At 24 days old, 14 rhesus monkeys were fit with a lightweight helmet which held either a -3D or +3D lens for one eye and plano for the other, which they wore continuously.  Eye drops containing 1.4% caffeine were applied twice daily to both eyes until they were 135 days old.

A control group of 8 monkeys wore a -3D lens in front of one eye and a plano powered lens in front of the other for the same time period, while receiving vehicle solution (placebo) drops twice daily in both eyes.  An additional historical control group was used to supply data on monkeys with lens-induced defocus and for 41 with unrestricted vision.

The caffeine regimen encouraged hyperopic shifts for the lens-treated and fellow-control eyes, where 26 of 28 caffeine-treated eyes became more hyperopic than normal (unrestricted vision) monkeys. It did not interfere with hyperopic shifts developed in response to myopic defocus (wearing a +3D lens).

Blood testing showed that the serum levels of caffeine in the monkeys was similar, or less than, the equivalent of a human adult after one cup of coffee. There were no observed behavior or activity level differences between caffeine-treated and control animals, and no differences in weight gains.

Topically administered caffeine produced results similar to those found when 7-MX was orally administered, suggesting ADOR antagonists may have a protective effect on vision-induced myopia.

A 2008 study in Denmark investigated oral 7-MX treatment (tablets) in children aged 8-13 years over 24 months, with modest results found in some children. No subjective side effects were reported.1

This has increased interest in a more targeted, localized option for myopia control, hence using eye drops rather than tablets. While the animal model here shows promise, there is little relevance to clinical practice at present until further research can confirm caffeine eye drops are a viable treatment option for children, without side effects.

The ideal dose needs to be established before the results can be extrapolated to humans. The authors of the study found the monkey’s eyes were small and drops were often blinked out. This led to uncertainty on the concentration absorbed and therefore also the efficacy. More research is also needed to understand if the benefits, and side effects, of the caffeine drops would be dose-dependent.

Abstract: Oral administration of the adenosine receptor (ADOR) antagonist, 7-methylxanthine (7-MX), reduces both form-deprivation and lens-induced myopia in mammalian animal models. We investigated whether topically instilled caffeine, another non-selective ADOR antagonist, retards vision-induced axial elongation in monkeys. Beginning at 24 days of age, a 1.4% caffeine solution was instilled in both eyes of 14 rhesus monkeys twice each day until the age of 135 days. Concurrent with the caffeine regimen, the monkeys were fitted with helmets that held either -3 D (-3D/pl caffeine, n = 8) or +3 D spectacle lenses (+3D/pl caffeine, n = 6) in front of their lens-treated eyes and zero-powered lenses in front of their fellow-control eyes. Refractive errors and ocular dimensions were measured at baseline and periodically throughout the lens-rearing period. Control data were obtained from 8 vehicle-treated animals also reared with monocular -3 D spectacles (-3D/pl vehicle). In addition, historical comparison data were available for otherwise untreated lens-reared controls (-3D/pl controls, n = 20; +3D/pl controls, n = 9) and 41 normal monkeys. The vehicle controls and the untreated lens-reared controls consistently developed compensating axial anisometropias (-3D/pl vehicle = -1.44 ± 1.04 D; -3D/pl controls = -1.85 ± 1.20 D; +3D/pl controls = +1.92 ± 0.56 D). The caffeine regime did not interfere with hyperopic compensation in response to +3 D of anisometropia (+1.93 ± 0.82 D), however, it reduced the likelihood that animals would compensate for -3 D of anisometropia (+0.58 ± 1.82 D). The caffeine regimen also promoted hyperopic shifts in both the lens-treated and fellow-control eyes; 26 of the 28 caffeine-treated eyes became more hyperopic than the median normal monkey (mean (±SD) relative hyperopia = +2.27 ± 1.65 D; range = +0.31 to +6.37 D). The effects of topical caffeine on refractive development, which were qualitatively similar to those produced by oral administration of 7-MX, indicate that ADOR antagonists have potential in treatment strategies for preventing and/or reducing myopia progression.