The association between near work activities and myopia in children 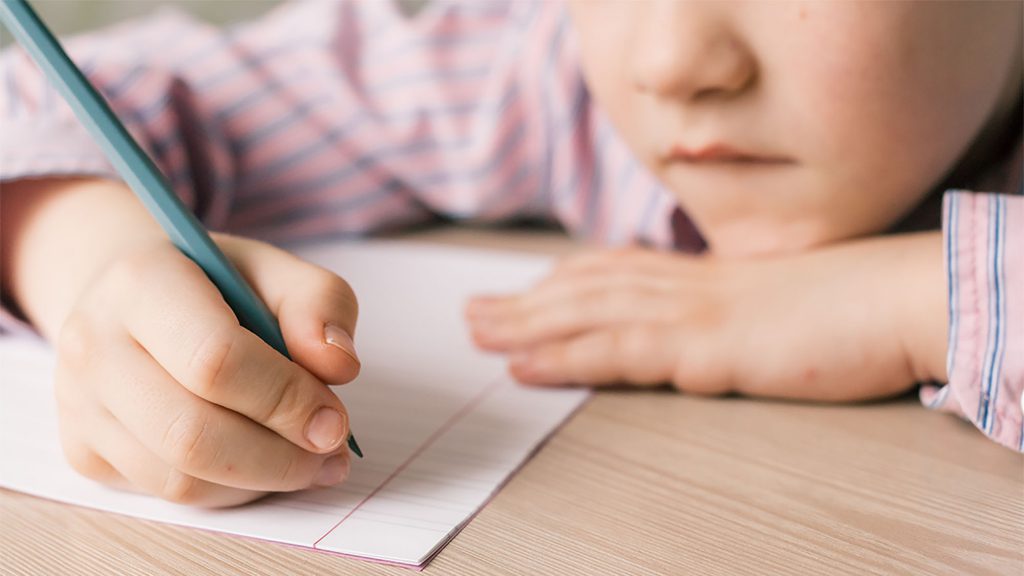 Paper title: The association between near work activities and myopia in children - a systematic review and meta-analysis

The visual demand of concentrating on close-up tasks such as reading and studying are thought to be a driving force for increased myopia in children.

To better understand this relationship the authors consolidated data from several studies to quantify the effect of near work activities on myopia in children and discover any association there may be between them.  They chose studies which concentrated on near activities as a co-variate of the incidence, prevalence or progression of myopia.

This systematic review showed that near work activities were associated with myopia and that increased ‘dioptre-hours’ of near work might increase myopia prevalence.

It was found that more time spent on near work activities was associated with higher odds of myopia (OR = 1.14 or an 14% increased chance) and that the odds of myopia increased by 2% for every one dioptre-hour more of near work per week.

The authors suggest that the impact of near work could be cumulative over time and that other factors such as lighting conditions and break times from near work could influence results.

This study aimed to quantify the effect of near work activities on myopia in children.  The authors examined the association between time spent on near work activities and the prevalence, incidence and progression of myopia by consolidating cross-sectional and cohort studies.

The estimations were of the association of near work activities with the prevalence, incidence and progression of myopia, using a consolidation of cross-sectional and cohort studies.

The authors conducted a qualitative review of 27 studies chosen from the MEDLINE, Embase and the Cochrane library databases with publication dates between 1989 and 2014.  Studies were chosen on the basis of including data on participants under the age of 18yrs, reporting near work as a covariate with myopic incidence or progression and where participants hadn’t been included in duplicate studies.

The studies comprised 15 cross-sectional studies and 12 longitudinal cohort studies and 25,025 children aged between 6 and 18yrs old.

A random-effects model (or fixed-effects model where less than 5 studies were included) was used to pool the data and odds ratios (ORs) were calculated.  Due to the inter-study variation of meta-analysis, the I² statistic was also calculated to establish the proportion of variation.  A funnel plot assessed for asymmetry within the study which could be due to publication bias.

The studies included in the meta-analysis had questioned the children and their parents on the child’s time spent on near work. The definition of near work varied between studies, but was considered to be activities which were done at short working distance such as homework or writing, computer use or playing video games and watching television, etc.  The definition of myopia also varied across the studies.

When attempting to quantify the impact of near work activity on myopia development, some of the authors of the featured studies had calculated a weighted variable by adding 3 times reading, 2 times computer use and 2 times video games use in the hours per day as ‘diopter-hours’.

There were 27 studies (with 25,025 participants) that met the inclusion criteria for the qualitative synthesis: 15 cross-sectional studies and 12 cohort studies.  The majority of them (14) were from Asia, with 6 from North America, 3 each from Australia and Europe and 1 from the Middle East.

The studies were split into groups according to the estimate they referred to and a forest plot was applied to show the collective odds ratio:

After further excluding some studies that either did not have odds ratios or the participants also appeared in other studies, there were 14 studies in total (10,382 participants) that met the inclusion criteria for the quantitative meta-analysis: 11 cross-sectional studies and 3 cohort studies.

There were two further sub-group analysed:

The summary of the differences in time spent on near work activities between myopes and non-myopes showed that myopic children spent an average of 0.66 hours more per week reading compared to a non-myopic child.  Other activities such as watching television or playing computer games did not have the same association with myopia.

Association between near work activities and prevalence of myopia

The cross-sectional studies revealed a pooled odds ratio of 1.14% with 9 of the 11 studies indicating that more near work could increase the prevalence of myopia in children aged between 6 and 18yrs old.  There was some heterogeneity with these results which may have been from near work having different definitions across the studies.  The funnel plot was asymmetrical which can be indicative of a small study error or publication bias.

Association between near work activities and incidence of myopia

From the six cohort studies, two showed that more near work activities increased the risk of developing myopia, however, four of the studies did not find a significant association.

Three of the cohort studies appeared to show that the chance of developing myopia did not increase with extra dioptre-hours spent on near work activities.  These 3 studies had also shown similar outcome measures in assessing myopia development.

Estimation of association between near work activities and myopia progression

From the six prospective studies that were included, two of the studies showed that near work was a risk factor for the progression of myopia, but four did not find a significant relationship.

The two sub-group analyses revealed that for the studies which had reported an association between near work and myopic prevalence, the pooled odds ratio was 1.85.  This suggests that those children who did more near work were more likely to be myopic.  The second sub-group reported on the association with myopia and dioptre-hours per week.  The collective increased odds suggested that myopia increased by 2% for every one dioptre-hour of close work.

If prolonged or excessive near work is a causative factor in myopia incidence and progression, then the amount of ‘dioptre-hours’ a child spends per week on close work should be limited and balanced with time spent outdoors.

Eye care practitioners would value having clear guidance as to how much near work is too much, but as the rate of myopic progression will vary for each child it may not be possible to have a blanket cut-off point which applies to all.

The information gathered from this meta-analysis can help eye care practitioners to assess the intensity of an individual child’s near work activities and decide if it is excessive for them, particularly in relation to any predisposition to myopia they may have.

Myopia has a multifactorial etiology, although environmental factors are predominant in determining its current patterns. Currently, associations between near work activities and myopia have not been consistently observed. Therefore, we performed a systematic review to quantify the effect of near work activities on myopia in children. Relevant articles published between 1989 and 2014 were identified in MEDLINE, Embase, and the Cochrane Library, and the citation lists were reviewed. Twelve cohort studies and 15 cross-sectional studies were included (25,025 children aged between 6 and 18 years). The I2 statistic was used to assess heterogeneity. Study-level data were pooled using a random-effects model or a fixed-effects model (when less than 5 studies were included). We found that more time spent on near work activities was associated with higher odds of myopia (odds ratio [OR] = 1.14; 95% confidence interval [CI] = 1.08–1.20) and that the odds of myopia increased by 2% (OR:1.02; 95% CI = 1.01–1.03) for every one diopter-hour (hr) more of near work per week. Therefore, the development of a strategy to reduce the impact of near work on myopia would be important for preventing myopia in children.