The association between digital screen time and myopia 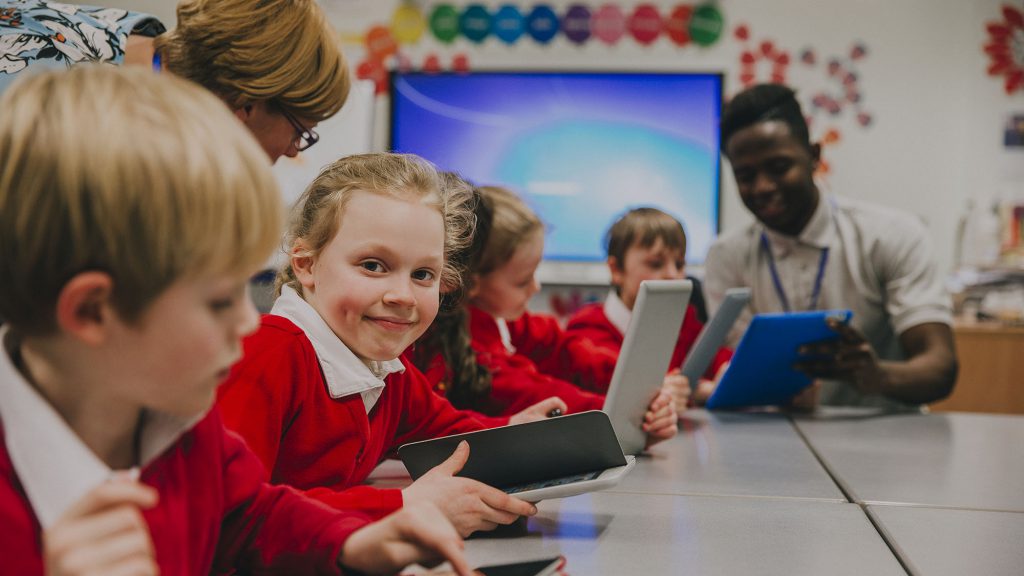 Paper title: The association between digital screen time and myopia: A systematic review

For many children using digital devices is a normal part of their everyday lives and they will use computers and hand-held devices at school and at home.  Prolonged close-up concentration is thought to be a risk factor for myopia and researchers in different countries have attempted to find a definitive link between the time children spend on screens and myopia.

Many countries have historically seen a rise in prevalence of myopia before computers and hand-held electronic devices were widely available to children, particularly East Asian countries such as Singapore, China and Taiwan and there are other factors which are felt to play a part in myopia development and progression, namely parental myopia and the time children spend playing outside.

The authors conducted this systematic review to discover the association between the time children spent on digital devices such as computers and hand-held devices and any myopia incidence, prevalence or progression.

Data from 15 studies which had explored this association was combined with meta-analysis.  The more recent studies agreed on an emerging trend of screen time being associated with myopia.  Overall, however, the results of this study were mixed and showed screen time was not linked to prevalent and incident myopia.

Despite this study showing mixed results on whether screen time is a risk factor for myopia, there are still take-away points for eye-care practitioners:

The aim of this systematic review was to investigate association between time spent using screens and incidence, prevalence or progression of myopia in children.

The authors identified 115 studies via PubMed, the Cochrane library and Science Direct. Inclusion criteria were that the reported data needed to be either expressed as an odds-ratio, have refraction results based on cycloplegia and used questionnaires to assess the near work and screen time. Based on this inclusion criteria, 15 studies remained that outlined myopia prevalence or incidence and myopic progression as outcome measures.

The first group comprised eleven studies (nine cross-sectional and two cohort) that investigated the relationship between screen time and the prevalence and incident myopia.  This gave 46,493 participants aged 3 to 19yrs old. Seven studies from Asia, three from North America and one from Australia.

The second group included four cohort studies that investigated the relationship between screen time and the progression of myopia.  One was from one from North America and the remaining were from Asia. The age of the 12,912 participants was 5 to 15yrs old.

After assessing the individual study findings, five studies with a low chance of bias were chosen for the meta-analysis and a funnel plot was used to assess the publication bias.

Association between screen time and myopia prevalence and incidence

Out of the eleven studies which had assessed the association between screen time and myopia prevalence and incidence, six showed that computer use was significantly associated with myopic prevalence (where SE ≤-0.50D, SE ≤-3.00D and SE ≤-6.00D) and more myopia in 5-16yr old children.  Except for a single North American study, all studies were conducted in Asia. The first part of the North American study found that myopic children showed more screen time at the onset of myopia compared to emmetropes and also in four of the five years after onset.  However, the follow-up part to the study the year after myopia onset showed no significant association between the actual screen time and myopia progression.

For the four cohort studies which had assessed the association between screen time and myopic progression, three were carried out in Asia and one in North America.  Only one of them found a positive association (with 4hrs per week (or more) of using computers or playing video games).  However, not all refraction measurements were cycloplegic refraction during the study, whereas the other studies had only used cycloplegic refraction.

The funnel plot for the meta-analysis revealed a symmetrical pattern and no publication bias, but as there were only five studies included this also meant that an accurate estimate of the heterogeneity was difficult.

The forest plot gave results of an odds ratio of 1.02, suggestive of screen time not being associated with myopia in children. Overall, because seven of the fifteen included studies found an association between screen time and myopia and the remaining did not, the results were divided.

The results from this meta-analysis were not conclusive for a definitive link between screen time and the prevalence, incidence or progression of myopia.

They authors did, however, find a trend towards an association with more recency of study.1-4 As we move forward into the future it is likely that more children will be using digital devices and from a younger age, thereby warranting ongoing investigation with objective measurement of screen time.

This study also highlighted the fact that myopic children are spending more time on devices  than their emmetropic peers.5-7 It needs to be recognized that digital devices may be used as a replacement for pen and paper for homework and schoolwork overall causing the total near work undertaken to remain the same. However, even if this is the case it still brings us back to the issue that prolonged near work of any kind is reducing the time spent outdoors and could encourage myopic progression.

The World Health Organisation (WHO)8 has already issued advice on screen time for children with concerns of sedentary lifestyles on overall health. It therefore makes sense for eye care practitioners to include advice on limiting screen time for every child, no matter their refractive status - more information on advice to give to parents and children can be found in the Myopia Profile post ‘Is screen time to blame for the myopia epidemic’.

Title: The association between digital screen time and myopia: A systematic review

Purpose: Digital screen time has been cited as a potential modifiable environmental risk factor that can increase myopia risk. However, associations between screen time and myopia have not been consistently reported. Although myopia prevalence increased before the massive use of digital devices in some countries, with the rise being influenced by education, there may be an added recent effect of screen time. The aim of this systematic review is to determine the association between screen time and the risk of developing (1) prevalent or incident myopia, or (2) the risk of myopia progression in children. Published manuscripts were identified in PubMed, ScienceDirect and the Cochrane Library, and citation lists were reviewed.

Recent findings: Fifteen studies were included (nine cross‐sectional and six cohort studies) with a total of 49 789 children aged between 3 and 19 years old. Seven studies found an association between screen time and myopia. The results showed mixed evidence with the more recent studies exposing a trend of association between hours spent by children using screens and myopia. Meta‐analysis using a random‐effects model was performed in five studies (n = 20 889) that reported odds ratio (OR). The I2 statistics was used to assess heterogeneity. A pooled OR of 1.02 (95% CI: 0.96–1.08; p = 0.48) suggests that screen time is not associated with prevalent and incident myopia in this group of five studies.