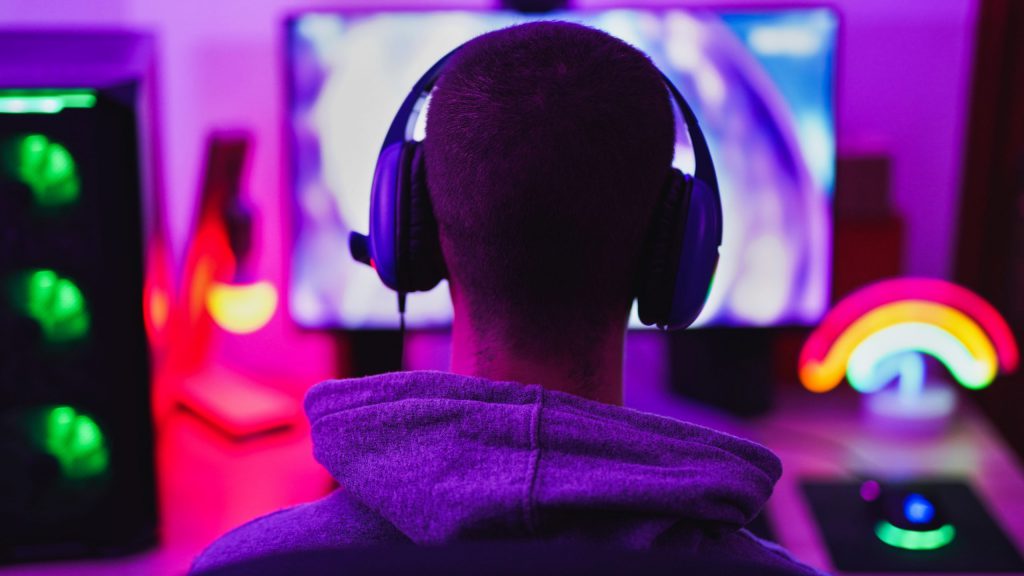 China has recently outlined a new national policy limiting the hours children under 18 can play online games. Gaming for children is now restricted to between 8pm and 9pm, on Friday, Saturday or Sunday and on public holidays. Comparing online gaming to “spiritual opium,” the enforcement applies to hand held gaming, online gaming and phone gaming.1  This is to be done by individual login accounts, with real-name verification systems, now a requirement for console and phone gaming in China.

The state-run China Internet Network Information Centre reported that more than 30% of children in China were suffering from a gaming disorder, recognised by the World Health Organisation as an emerging condition.2 The decision has wiped millions in share prices off one of the most lucrative gaming markets in the world1 and has raised many questions - how will this be successfully implemented? Is this an overstep of government into family choices? This article will primarily address the ocular relationship. Will government regulations in gaming lead to a slowing in the rate of myopia seen in Chinese children?

Should video gaming in children be limited?

Restrictions on gaming is not a new concept. Pinball machines were once condemned in 1940s New York, considered to be a waste of time and “insidious nickel stealers” according to a World Economic Forum post. China has tried a similar policy in the past; this is an escalation of a previous rule in 2019, where gaming access to children was limited to only 1.5 hours per day during the school term.

The American Academy of Paediatrics3 and the Australian Government Department of Health4 recommend no more than 2 hours per day on screens outside of school time. The average number of hours spent globally on playing video games is 8.45 hours per week,5 and this is not taking in to account social media, movie and video content and social app usage. 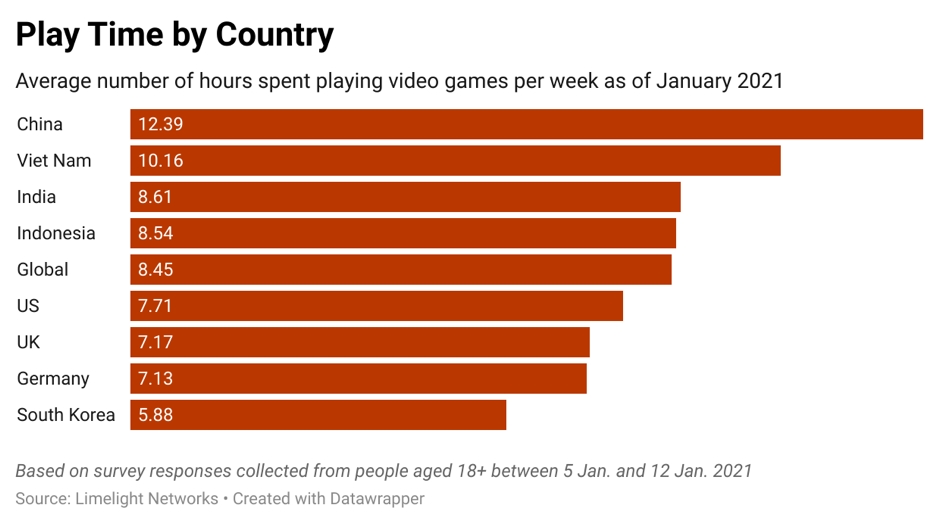 The negative impacts of online gaming

There are popular suggestions that gaming, due to its graphic imagery, can increase violent tendencies in young children however there is limited evidence that this is true. A study published in Nature looking at the long term impacts of gaming compared violent to non-violent games and assessed children via survey after two months of play. They found no difference in a large battery of tests assessing behavioural measures of aggression and empathy measures between the two groups.7

Harvard Health however warns against carpel tunnel, obesity and Internet Gaming Disorder (IGD), which according to the American Journal of Psychiatry affects 0.3% to 1.0% of Americans.8 Gaming addiction may include issues such as social withdrawal, loss of relationships, poorer educational outcomes or career opportunities or negative mood states.9

It’s not just gaming itself that holds the market share. YouTube last year reported that over 10 billion hours of game play was watched on the channel; children are not just playing games but also spending time watching others play games. Whilst the link between screen time and myopia is not yet clear, likely due to a lack of objective data10 we do know the following.

Children who use screens for more than three hours per day are almost four times more likely to be myopic.11

Younger age groups are at higher risk: 6- to 7-year-old children are five times more likely to be myopic with heavy screen use. Extended screen time has also been linked to eye strain, headaches and dry eye syndrome in both children and adults.12

What about school performance? Thousands of children were surveyed across middle schools in China examining the relationship between media and technology consumption by teens and performance at school. They found that 62% of children used interactive technology for entertainment, such as online gaming, and 40% of children utilized these systems on school days. There was an adverse, significant association between hours spent on technology and performance at school. Children who use technology for more than an hour on a school night and more than four hours on a weekend had a noticeable decline in their school grades a year later across almost all subjects, and had worse attendance and concentration in class.13

China already had childhood gaming restrictions in place, albeit less severe at 1.5 hours on any day and three hours on holidays, which were instituted in 2019.1 Despite this, there's been a steady increase in childhood myopia since, although this is complicated by COVID-19 related home confinement in 2020 which seems to have had greatest impact on 6- to 8-year-old rates of myopia.14

The only way to really answer this question is to look at studies which investigate interactions between near work and outdoor time. The Sydney Myopia Study showed a stronger positive impact of outdoor time than negative impact of near work time on development of myopia, when the time spent outdoors was high (more than 3 hours per day).15 This would seem to indicate that a high amount of outdoor time is more important than the time spent near work, which is a good news message for parents struggling with their children's screen time.

The sum total? More time spent on reading and screens can be balanced by outdoor time, but only if the outdoor time is high, averaging at least 2-3 hours per day.15,16

Are there any positive aspects to online gaming?

The last two years have brought a unique set of challenges with widespread lockdowns, social distancing and online schooling. Online gaming and social media have provided togetherness and communication, even when physically apart. The World Economic Forum reported a survey that suggested that 64% of parents said their children’s screen media usage lead to stronger friendship and connections with peers. Gaming has also seen recent applications in improving cognition in Attention Deficit Hyperactivity Disorder (ADHD) and decreasing symptoms in both ADHD and Autism Spectrum Disorder.17,18

“Teenagers are the future” said an unnamed government source regarding China's gaming restrictions,1 and they are certainly right. Whilst technology has certainly enriched our lives, especially in the socially distant recent past, with new tech comes new challenges and supporting children's physical and mental health must be a priority. Will video and online gaming restrictions provide a positive framework? Time will tell.