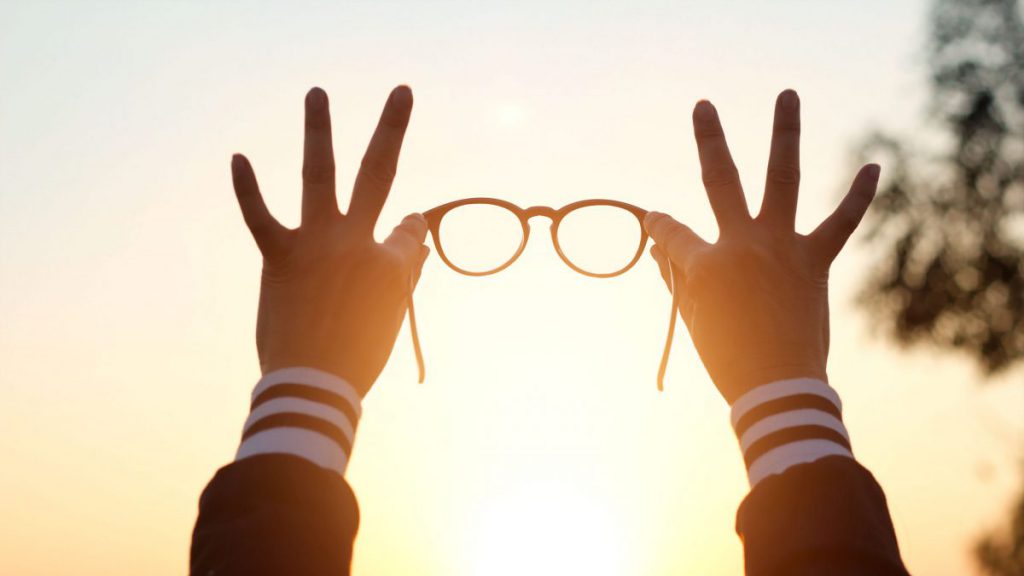 This new innovation in myopia controlling spectacle lens technology uses aspheric lenslets to "creates a three-dimensional quantity of light in front of the retina, which we call volume of myopic defocus (VoMD) in this paper." Each lenslet is 1.1mm in diameter and "11 concentric rings are formed [across the lens] by  contiguous aspherical lenslets.

Axial length was stable over the one year study in 28% of the HAL group, 9% of SAL and 0% of SV groups. Distance and near acuity, and near phoria and accommodative lag, were unaffected by the lens designs on baseline measurement.

This one-year data shows robust myopia control of the HAL treatment spectacles, analogous to the efficacy seen in dual focus contact lenses and orthokeratology. The prospect of a myopia controlling spectacle with better efficacy than current progressive addition or bifocal spectacle lens options is clinically appealing.

Since myopia control strategies tend to show greatest efficacy in the initial stage of treatment,1 longer term data is required - as this is an ongoing clinical trial this can be expected.

This is a robust randomized controlled trial with the outcome measures being gold standard - cycloplegic autorefraction and axial length measurement by interferometry (Lenstar LS900 instrument). The sample size was appropriately powered to detect hypothesized differences.

This 2-year clinical trial was designed to be a randomized, controlled, double-masked study with follow-up visits every 6 months. This paper presented the planned 12 month interim analysis. Participants were:

The paper describes the use of aspheric lenses with a power gradient in animal studies. It states that "Instead of focusing light on two distinct surfaces, as in the case of competing defocus lenses, these aspherical lenses deviate rays of light continuously in a nonlinear manner that creates a three-dimensional quantity of light in front of the retina, which we call volume of myopic defocus (VoMD) in this paper. Greater asphericity, that is, a larger VoMD, reduces lens-induced myopia in chicks."

A younger age and early age of myopia onset were correlated with greater axial length change in the SV and SAL groups, but not in the HAL group, indicating a robust myopia control effect of the HAL lens in younger children.

Distance and near acuity was no different between the groups, being around 6/6 (20/20) at distance and 6/7.5 (20/30) at near. There was no influence of the SAL or HAL lens design on near phoria or lag of accommodation at baseline - follow up data on this is not presented.

Daily wearing time was self-reported as around 13 hours in each group. Within 3 days, on telephone questionnaire, 90% of HAL, 100% of SAL and 94% of SV wearers reported being adapted to their lenses, with no significant difference between teh group. All wearers were self-reportedly adapted within a week. No adverse events related to the interventions were reported.

Adapted from Table 2, Bao et al 2021 - Unadjusted mean changes in spherical equivalent refraction and axial length in each treatment group. Data presented are means+SEs. The differences in changes in cycloplegic refractive error and axial elongation between treatment groups were all statistically significantly different at 6 and 12 months.

Results from this study reveal an innovative new option for myopia controlling spectacle lenses with, the one-year data on HAL efficacy comparable to DIMS spectacle lenses,2 dual focus soft contact lenses3 and orthokeratology.4 Completion of the two year clinical trial will provide a similar level of data to these other interventions to allow more accurate comparison.