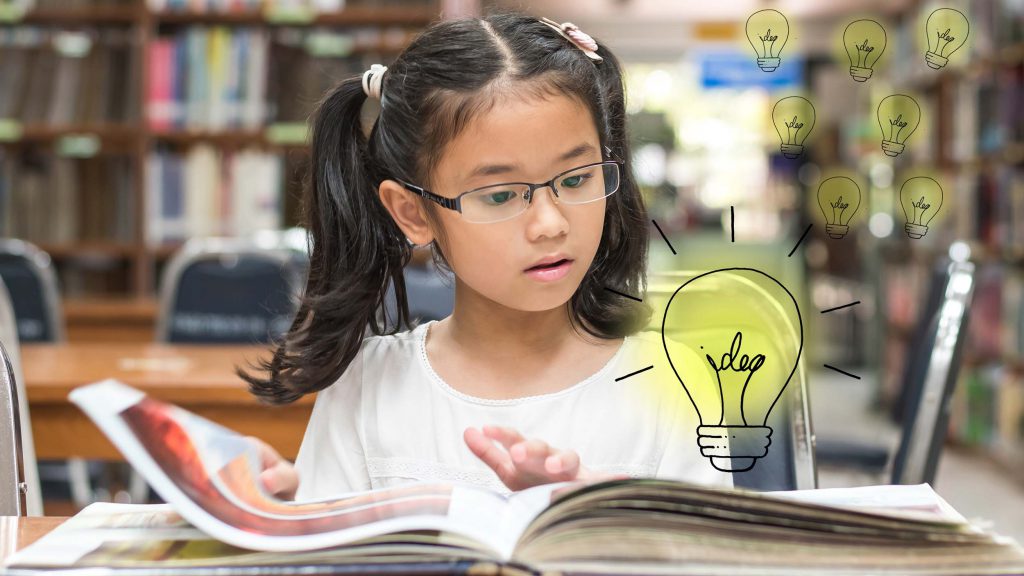 The biological processes resulting in myopia are not well understood; however, there is evidence for the role of visual feedback in the emmetropisation process.1 Studies in animal models demonstrated the importance of the peripheral retina in refractive error development and the instrumental role that peripheral hyperopia plays in axial elongation.2 Consequently, a number of lens designs aim to induce myopic defocus and have been demonstrated to reduce axial length elongation.

The authors of this study conducted a 2-year double blinded, randomised control trial that evaluated the efficacy of two novel contact lenses as a means of myopia control. The first design (lens I and II) aimed to reduce hyperopic defocus and induce myopic defocus across a large portion of the retina. The second design (lens III and IV) featured an extended depth of focus, that incorporated higher order aberrations to modulate retinal image quality. This technology is utilised in a number of commercial contact lenses, including the novel Seed 1-Day Pure EDOF lens.3

The study demonstrates that both lens designs slow myopic progression. The EDOF design potentially induces a superior treatment effect; however, further investigations are required to explore this further.

Treatment efficacy is greatest in first 6 months of lens wear

Lens centration for test lenses I and II (design 1) is important and may affect the refractive error measurements taken through the lenses. This potentially limits the accuracy of measurements taken and conclusions made regarding this lens type.

The results are based on group means and the study design features individuals being randomised to a particular group. This makes it difficult to explore if certain individuals or eyes derived a greater or lesser treatment effect

These results are obtained on Chinese children living in China. Results may be differ in other ethnicities and environments. In order to be applicable in Australia, further research should be conducted in our population. Additionally, further research is required into the effect of wear lens wear compliance on efficacy. The authors provided SE and AL for all test lenses averaged when worn with increased compliance. It would have been desirable for the authors to provide results specific for each lens type in order to gain further insight into this effect, as well as average wear time per day.

To examine myopia control efficacy of novel contact lenses that (1) reduced both central and peripheral defocus, and (2) provided extended depth of focus (EDOF) with better global retinal image quality for locations on, and anterior to, the retina and degraded for locations posterior to the retina.

This study is a prospective, parallel arm, double blinded trial that randomised (initially) 508 Chinese children aged between 8-13 years into 1 of 5 groups. Groups detailed listed below, with an image detailing lens design: 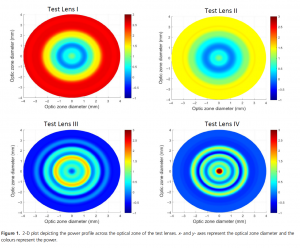 Children were evaluated as candidates then fit with contact lenses, then followed up at 1 and 3 months. High and low contrast VA was assessed. Cycloplegic autorefraction (Shin-Nippon SRW 500) and axial length (Lenstar 900) was measured at 6 month intervals. At each visit, children completed a questionnaire on subjective assessment of vision, comfort and compliance.

Interestingly, the authors reported a statistically significant difference in progression between subjects that discontinued/were lost to follow up in comparison to those in the study (p<0.001); however, from the paper it is unclear how lost to follow up comparisons were calculated.

This study demonstrated that significant reductions in myopic progression can be obtained with the use of novel contact lenses aimed at reducing peripheral and central defocus, and those of EDOF design. The study indicated that EDOF lenses may be more effective in reducing myopia progression, however no statistically significant result was obtained and further research required to investigate this further.

Purpose: We aimed to determine myopia control efficacy with novel contact lenses (CL) that (1) reduced both central and peripheral defocus, and (2) provided extended depth of focus with better global retinal image quality for points on, and anterior to, the retina and degraded for points posterior to the retina.

Methods: Children (n = 508, 8–13 years) with cycloplegic spherical equivalent (SE) −0.75 to −3.50D were enrolled in a prospective, double blind trial and randomised to one of five groups: (1) single vision, silicone hydrogel (SH) CL; (2) two groups wearing SH CL that imposed myopic defocus across peripheral and central retina (test CL I and II; +1.00D centrally and +2.50 and +1.50 for CL I and II at 3 mm semi‐chord respectively); and (3) two groups wearing extended depth of focus (EDOF) hydrogel CL incorporating higher order aberrations to modulate retinal image quality (test CL III and IV; extended depth of focus of up to +1.75D and +2.50D respectively). Cycloplegic autorefraction and axial length (AL) measurements were conducted at six monthly intervals. Compliance to lens wear was assessed with a diary and collected at each visit. Additionally, subjective responses to various aspects of lens wear were assessed. The trial commenced in February 2014 and was terminated in January 2017 due to site closure. Myopia progression over time between groups was compared using linear mixed models and where needed post hoc analysis with Bonferroni corrections conducted

Conclusion: Contact lenses that either imposed myopic defocus at the retina or modulated retinal image quality resulted in a slower progression of myopia with greater efficacy seen in compliant wearers. Importantly, there was no difference in the myopia control provided by either of these strategies.