A mismatch between myopia and axial length 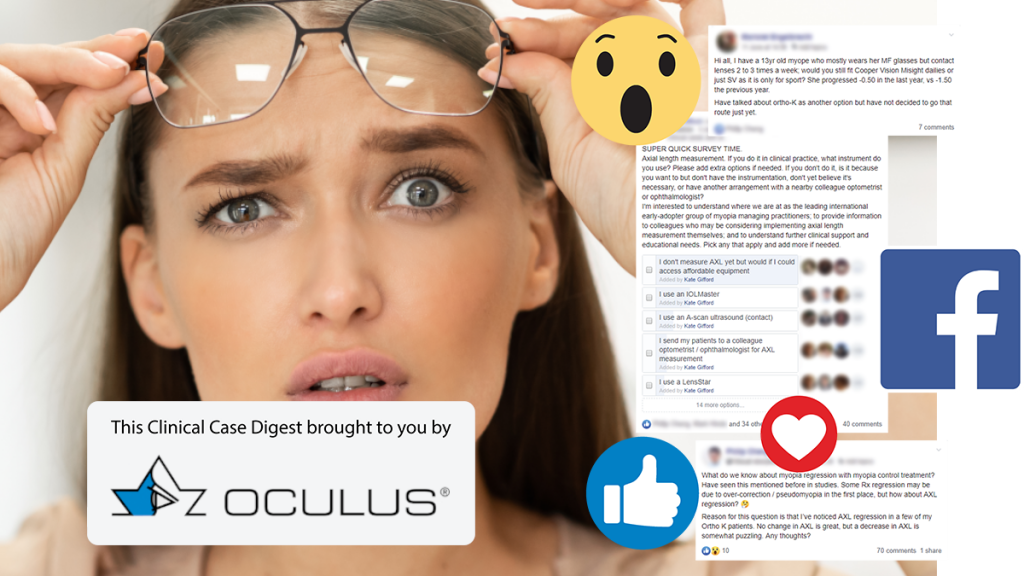 The ultimate goal of myopia control is to reduce axial length elongation. The longer the axial length, the higher risk for ocular disease. Usually, one would tend to pay more attention to higher myopes as they would typically have longer axial lengths. However, this is not necessarily always the case. KG has illustrated in comparing two cases of myopia, whereby there is a mismatch between myopia and axial length - the lower myope actually has a longer axial length of the two. 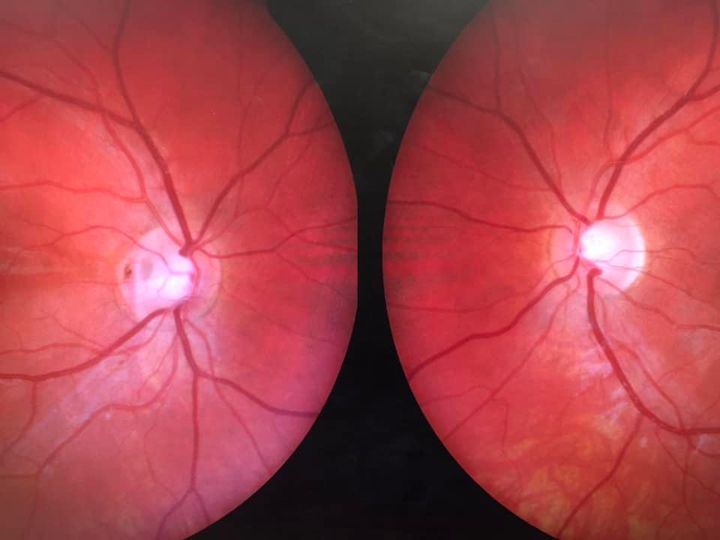 What is a normal axial length?

Atchison et al showed that the average emmetropic eye is 23mm long, with every 1D of myopia equivalent to a 0.35mm increase in axial length in adults aged between 18-36.1 If we were to make the calculations based on these assumptions, one would estimate the female patient’s axial length to be roughly 24.49mm and the male patient’s about 23.88mm. Both patients have axial lengths longer than their estimated average - however, it is surprising that the male patient has a significantly longer axial length than the female, despite 1.50-1.75D less myopic.

What contributes to an eye’s refractive power?

What happens to the cornea and crystalline lens in myopia?

The cornea flattens slightly in early childhood then remains relatively stable from then on.3 Corneal curvature has also been shown to have minimal contribution in refractive error especially in a long eyeball.4

In the case of the male patient where there is a mismatch between myopia and axial length, his cornea (e.g. flat cornea) or crystalline lens may have played a role in masking the minus power contributed by the long axial length. One could consider that his lens has done an excellent job at emmetropization (whilst pulling a fast one on all his eye care practitioners).

There is further complexity with this patient as he has an optic disc pit and form fruste keratoconus. Optic disc pits can be congenital or found in high myope with significant high axial length.6,7 It is a rare condition with incidence of 1 in 11,000 people and is usually asymptomatic, although carries risk of macular oedema.6  Both the form fruste keratoconus and the optic disc pit will require regular eye examinations to monitor this patient's ocular health.

The importance of axial length measurement

While it's been shown that every dioptre of myopia increases eye disease risk, it appears that axial length is more closely correlated with ocular pathology and vision impairment likelihood, especially in those with axial lengths exceeding 26mm.8

Take this case study for example - if we were to only consider refractive error, we would be more concerned about the female patient because she has a higher degree of myopia. Without axial length measurements, we would have missed the chance to properly identify the higher risk to the male patient.

Since many primary eye care practitioners (ECPs) do not currently have access to measurement of axial length, consideration of working with a local ECP colleague and/or ophthalmologist can enable determination of this risk. A single measure in adult myopes, as shown in this case, can make the difference in how you formulate your management plan for that patient.