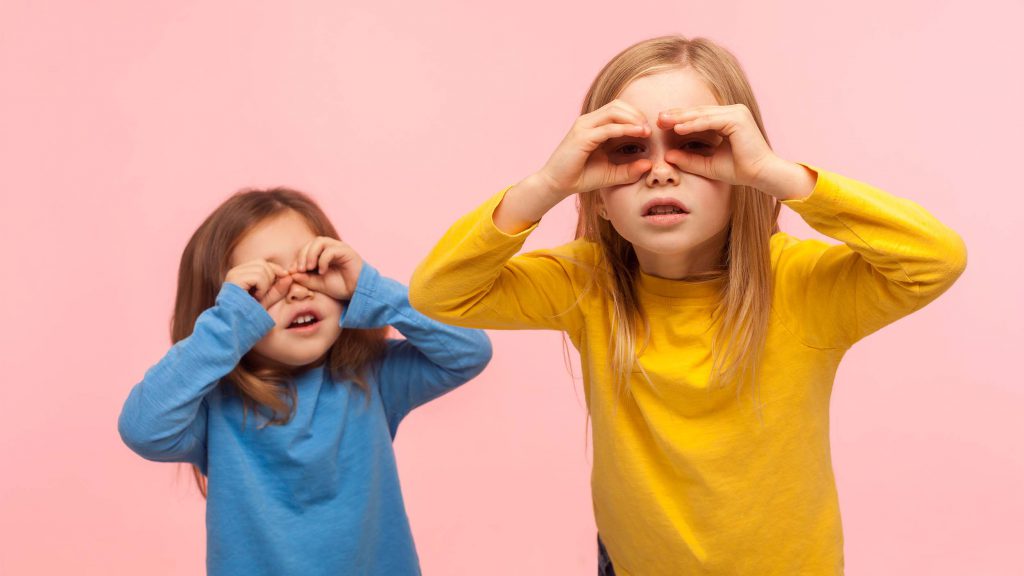 It is crucial to understand the accommodative and binocular behaviour of young eyes while wearing multi-focal contact lenses (MFCL’s) for myopia control. This is important for two reasons. Firstly, alterations to accommodative behaviour can have implications on the induced sign and magnitude of peripheral retinal defocus, and consequently efficacy in myopia control. Secondly, MFCL’s were designed to be worn by adults, and children are known to have very different accommodative and binocular systems.1 The purpose  of this 2 year study was to determine the effect of MiSight contact lenses used to control myopia on binocular vision and accommodation in children, as compared with children wearing SV spectacles, with the researches finding no significant differences in binocular and accommodative measures between the study groups.

None of the ocular parameters of binocular vision and accommodation for the MiSight group underwent significant changes across the 2 year period.

In the control group, amplitude of accommodation and accommodative response at 33cm (3D) and 25cm (4D) were greater at 24 month visit compared with baseline (p<0.05).

The design of the study potentially affected the credibility of the results obtained.

Accommodative response has been demonstrated to change with age.4 At baseline, there was a significant difference in age between groups. This discrepancy complicated the direct comparison of accommodative behaviour between the two groups.

This is a randomised controlled clinical trial involving children aged 8-12 years, with myopia ranging from -0.75D to -4.00D and astigmatism <1.00DC. Subjects were allocated to MiSight study group or control group wearing SV spectacles. Binocular and accommodative function was determined at baseline, 12 and 24 month visits, and was assessed by distance and near horizontal phoria, accommodative convergence/accommodation (AC/A) ratio, stereopsis, accommodative amplitude (AA) and accommodative response (AR) at 33, 25 and 20cm.

Binocular and accommodative examination was assessed with subjects wearing a trial-frame with best subjective refraction. Unilateral and alternating cover test was conducted at both distance (4m) and near (40cm), with magnitude and direction of neutralising prisms recorded. Inter-pupillary distance (mm) was recorded with an interpupillometric ruler. AC/A ratio was assessed using the calculated method, and the near point of convergence (NPC) measured using the push-up technique (both break and recovery). Stereoacuity was measured using randot with polarising spectacles. Accommodative response was measured using binocular autorefractor WAM-5500 (Grand Seiko) at 33cm, 25cm and 20cm, providing accommodative demands of 3D, 4D and 5D respectively. Binocular push-up accommodation was measured using Donder’s push up method.

74 children completed the study, 41 wearing MiSight, 33 wearing SV spectacles. Inter-pupillary distance increased across the duration of the study for both groups, as could be expected due to the growth of the subjects in 2 years.

No statistically significant difference was reported in accommodative response between single vision and MiSight group, except for at 25cm at baseline, in which the single vision group was greater. It is difficult to interpret this finding, as similar results were not observed at 33cm or 25cm.

Mean distance phoria for both groups were more exophoric over time, although this result was not statistically significant.

Mean near phoria for MiSight at baseline was esophoric, orthophoric at 12 months and exophoric at end. The authors noted an exophoric tendency after wearing MiSIght contact lenses. However, this result was not statistically significant, and featured very high standard deviations, which diminishes the credibility of the finding. The authors postulate that this could indicate that the MiSight children are utilising positive addition provided by the multi-focal design to relax their accommodation,2,8 however, this was not observed in the study.

Mean NPC, AC/A and stereopsis presented normal values in both groups at all follow ups, and there was no significant differences between groups over time.

Results from this study are in agreement with previous reports indicating  that MiSight contact lenses are an effective treatment for myopia control in children,9 and indicate that MiSight does not induce changes in binocular and accommodative function over 2 years of follow up compared to wearing single vision glasses.

Purpose: The purpose of this study was to quantify the effectiveness of MiSight daily disposable soft contact lens in slowing the progression of juvenile-onset myopia.

Methods: Myopic children (spherical equivalent refraction, −0.75 to −4.00 D; astigmatism, <1.00 D) aged 8 to 12 years with no prior contact lens experience were enrolled in a 3-year, double-masked, randomized clinical trial at four investigational sites in four countries. Subjects in each group were matched for age, sex, and ethnicity and were randomized to either a MiSight 1-day contact lens (test) or Proclear 1-day (control; omafilcon A) and worn on a daily disposable basis. Primary outcome measures were the change in cycloplegic spherical equivalent refraction and axial length.