Measuring the whole eye in myopia 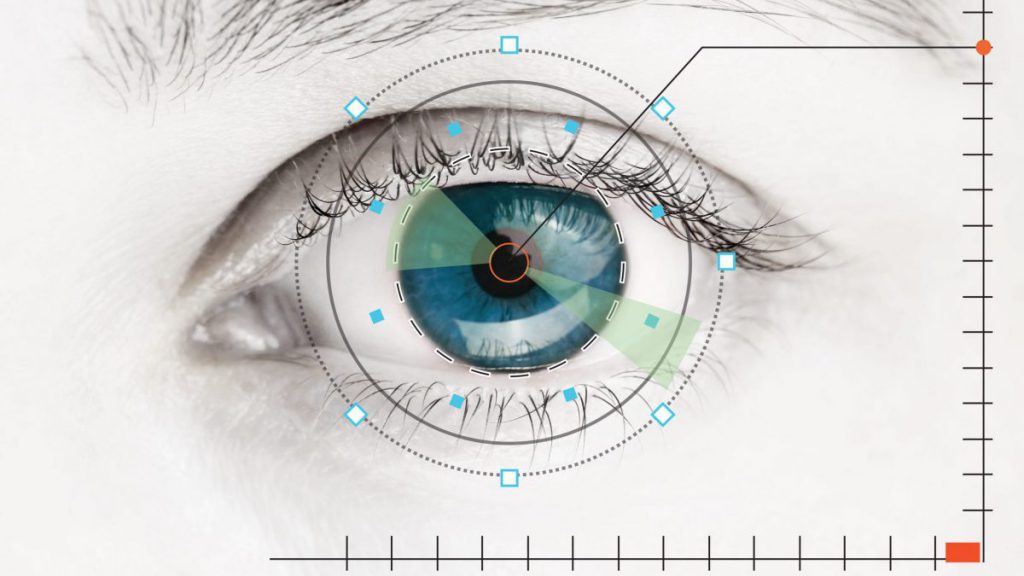 Axial length (AXL) has been well established as the critical measurement in examining the progression and control of myopia in a research setting. It is accepted as the gold standard in understanding efficacy of myopia control treatments and as a clinical measure, it could be up to 10 times more sensitive to detect myopia progression than refraction.1 AXL also appears to be the key risk factor for lifelong myopia pathology; more so than refraction.2 However, most eye care practitioners don’t routinely measure AXL in clinical practice, mainly due to lack of access to the instrumentation and its expense. How well does AXL represent what’s happening with the young myopic eye? What else is important in measuring the whole eye in myopia?

The average axial length of an emmetropic eye is 16.5 mm at birth3 and increases to around 23.5 mm in adulthood.4 Put simply, longer eyes are at greater lifelong risk of myopia associated pathologies and resultant vision impairment. While the risk of pathology associated with myopia increases with each dioptre of myopia,5 the ‘line in the sand’ for AXL appears to be around 26mm.

In this paper, 26mm or greater axial length delineated significant increase in vision impairment risk, and 26mm was equivalent to around 5D of myopia.2 The low-to-moderate myope, though, cannot be presumed to have an axial length below 26mm, as variation exists due to cornea and crystalline lens power in the individual.

As a repeated measure, axial length increases by around 0.1mm per year in emmetropic children according to the large scale Collaborative Longitudinal Evaluation of Ethnicity and Refractive Error (CLEERE) study where children aged 6 to 14 years at baseline were followed for up to 10 years. By comparison, children who became myopic showed axial growth of more than 0.3mm in the year just prior to myopia onset, and then around 0.2 to 0.3mm absolute change in the years thereafter.7

In developing these growth charts, the authors highlighted that more datasets would require additional analysis to ensure robustness, with gender and ethnicity both requiring specific consideration.8, 9

Does corneal curvature change in myopia?

The CLEERE study compared children who became myopic up to 5 years prior to onset, and for 5 years afterwards. Analysis of corneal curvature found little difference between emmetropes and myopes – the children who became myopic had slightly steeper corneas but by less than 0.25D. Corneal power changed minimally over the ten years of follow up in both emmetropic and ‘became-myopic’ children, varying by less than a dioptre.11

So if the corneal curvature isn’t changing much in myopia, why measure it? The key reason is to delineate progressive myopia which could be due to corneal steepening and potential early keratoconus. Increasing astigmatism can also be a trigger to monitor for keratoconus risk.

The Northern Ireland Childhood Errors of Refraction (NICER) Study quantified rates of astigmatism (>1.00DC) in white school children and found a similar prevalence across age groups from 6-to-7 years up to 15-to-16 years of around 18%. The prevalence in two groups who were 6- to 7-years old and 12- to 13-years-old at baseline was stable when measured again three years later, although 10-17% lost their astigmatism and around 10% became astigmatic who weren’t before.12 Another cross-sectional study in Australian children of diverse ethnicities also suggested that astigmatism was stable between 6 and 12 years of age, with 88% of corneal astigmatism being with-the-rule.13

Astigmatism progression in myopia is NOT normal

This indicates that progression of childhood astigmatism is not typical, as it is for childhood myopia progression. The NICER Study found that less than 3% in both age cohort groups showed an increase of >1D of astigmatism over three years. Increasing with-the-rule astigmatism in the older cohort (12- to 13-years-old at baseline) was weakly correlated with a myopic shift in the spherical component of refraction, with around 0.3D of increasing cyl for each 1D of myopia.

Data from the Singapore Cohort Study Of the Risk Factors for Myopia (SCORM) Study undertaken in 7-to 9-year-old children (Chinese, Malay and Asian Indian ethnicity) found 12% had astigmatism of 1D or more. With-the-rule progression per year was 0.01D over three years, higher in Chinese children of 0.02D/yr; the oblique component of astigmatism did not progress. Myopic children had a higher prevalence of astigmatism at baseline, but still only averaged 0.06D of WTR astigmatic progression per year.14

The sum total of this data is that astigmatism progression in myopic children aged 6-12 years is NOT typical – progression of 0.50DC or more over three years is unusual and measurement of keratometry and/or corneal topography is useful in these cases to rule out corneal ectasia.

The CLEERE study reported that the crystalline lens thickness of children who became myopic became significantly thinner than emmetropes one year before myopia onset, with the resultant reduced lens power difference persisting thereafter to five years after onset.11 This reduction in lens power indicates an attempt at compensating for increasing axial length.

Will we still need refraction measures in myopia?

Yes, of course! Refraction provides a summary measurement of all ocular structures, and is routinely and universally measured for all myopes. Refraction is the visible outcome and functional impact of myopia for parents and young patients, so will remain an important part of the clinical picture and communication process. While axial length measurement by laser interferometry techniques can be up to 10 times more accurate than refraction, the International Myopia Institute agreed that refractive error should be used in conjunction with axial length measurement to evaluate success of treatments.1

If you're not yet measuring axial length in practice, you could consider collaborating with a colleague primary eye care practitioner and/or local ophthalmologist as best suits your patient base and mode of practice. In the meantime, for guidance on how to gauge success on the basis of short-term changes in refraction, the blog Gauging success in myopia management details how to balance analysis of scientific outcomes with clinical communication.