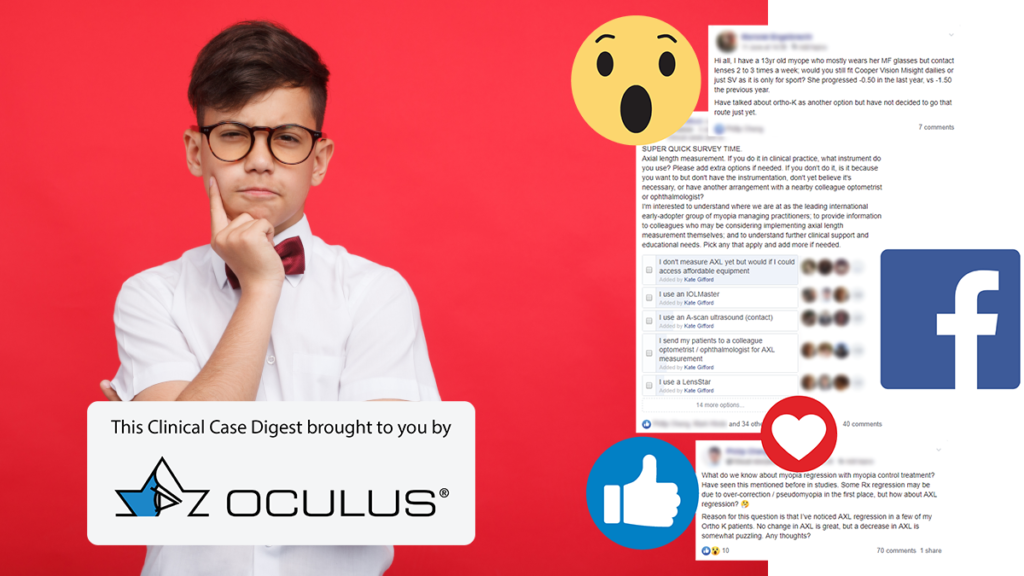 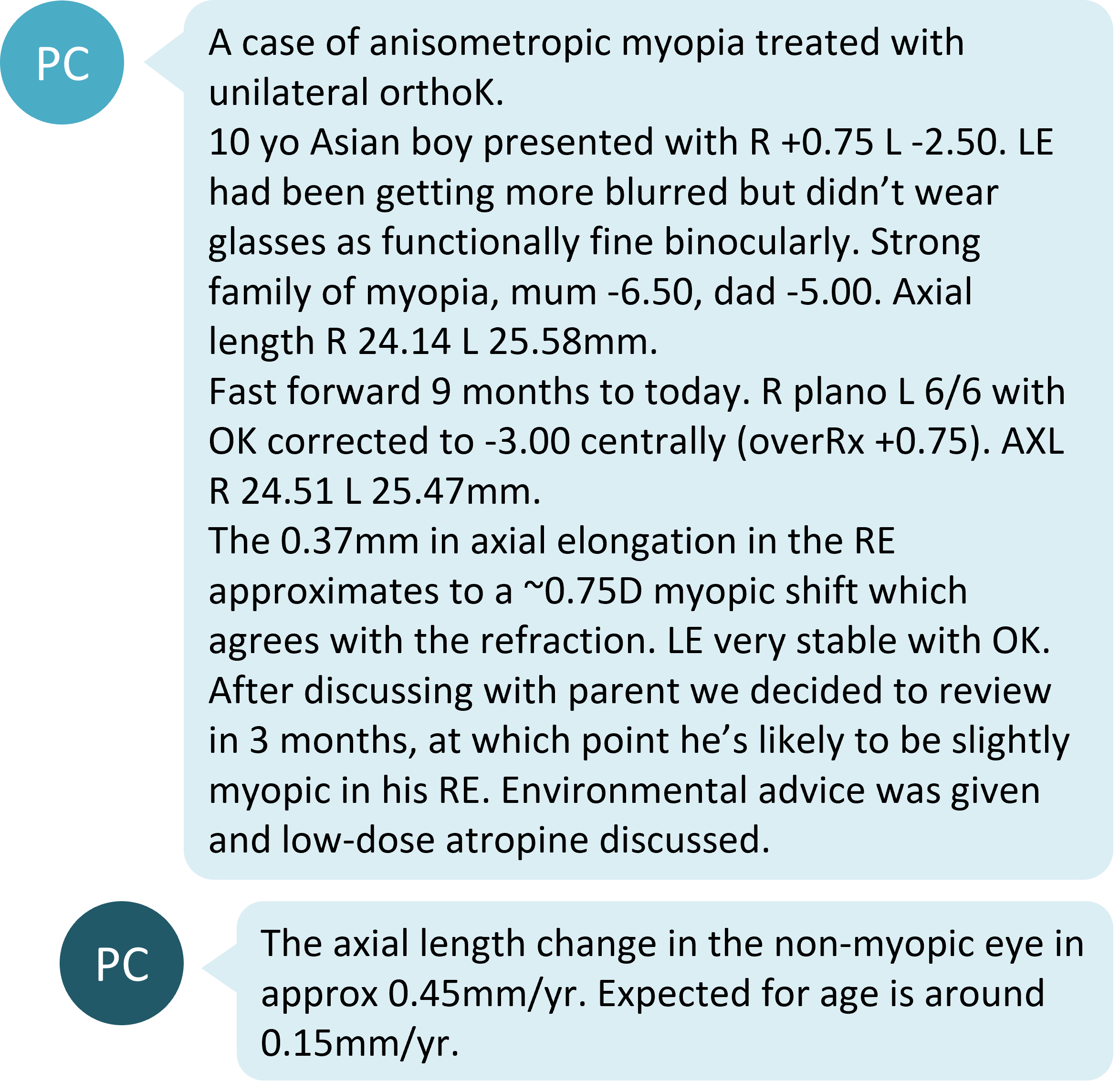 As the axial length elongation in the myopic eye is successfully reduced with orthokeratology, our focus would be on managing the non-myopic eye. How can we understand the risk of myopia onset in this right eye?

1. Risk based on refraction

If a child's refraction is equal to or less hyperopic than these cut points for their age, they are likely to become myopic by age 13. While it is not known if the refraction in this case was cycloplegic, it's important to ensure the most accurate refraction possible when using these criteria.1

2. Risk based on axial length

We can assess axial length risk by looking at the progressive growth of this non-myopic eye, and also comparing the current axial length to age-normal values with axial length growth charts.

This child has shown an annualized axial length growth rate of an equivalent 0.45mm in the non-myopic eye. Research indicates that until around age 10, axial growth in emmetropizing children is usually in the range of 0.1 to 0.2mm per year. After this it reduces to around 0.1mm per year. Impending myopia onset can be indicated by axial length growth of more than 0.2mm per year, and untreated myopic children will then show around 0.3mm growth per year, on average.

This indicates much faster eye growth than expected, on average, for an emmetropic or a myopic eye. Read more in How Much Axial Length Growth Is Normal?

Placing the current value on a growth chart

Growth charts enable a percentile comparison of the child's current axial length compared to others their age, with percentiles above 50% indicating increasing risk of myopia onset and/or progression to high myopia.

For this child, it is likely that the axial length of 24.51 indicates a future myopic eye. In fact, one large study found that myopia onset tended to occur at a similar axial length of 24.1mm in boys and 23.7mm in girls.4 Read more about the research basis and instruments which incorporate these tools in How To Use Axial Length Growth Charts.

What are the suitable treatments?

The clearest evidence-based intervention for delaying myopia onset is to increase time spent outdoors. Read more on this in How To Identify And Manage Pre-Myopes.

Some commenters suggested commencing optical interventions. Fitting a plano myopia controlling spectacle or contact lens may be possible, if the child is willing and the optical treatment is available in a plano power. It is important to note, though, that there is no evidence-base for this type of intervention. Compliance could also present an issue when an optical correction is prescribed for a normally sighted eye.