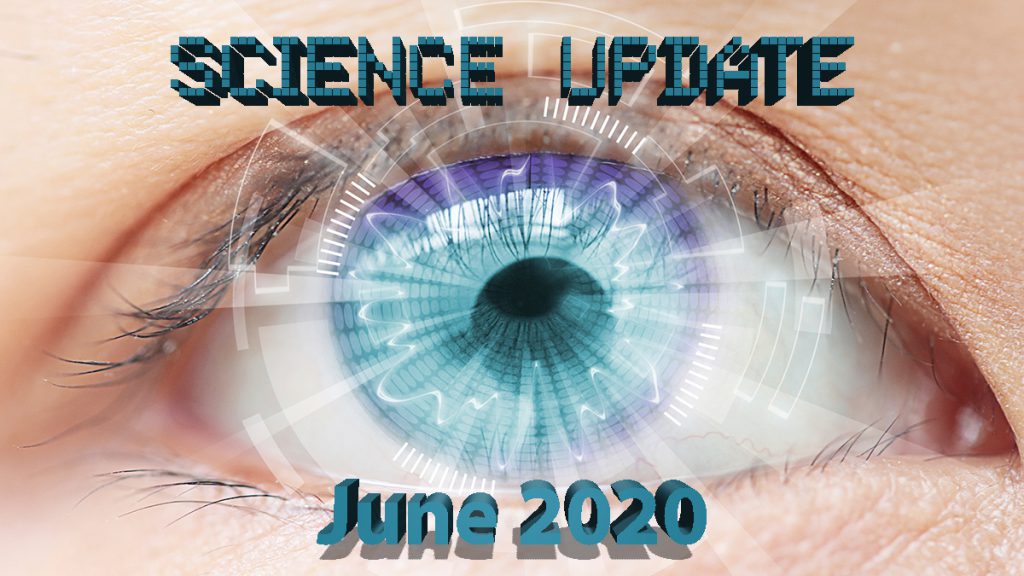 Independent Influence of Parental Myopia on Childhood Myopia in a Dose-related Manner in 2055 Trios: The Hong Kong Children Eye Study

What this means for your clinical practice: the authors suggest that this places a stronger implication on both the genetic and environmental impacts on the progression and development of myopia, and the potential for epigenetic factors which contributed to parents' myopic development being passed on to their children via habitual behaviours. This allows clinicians to accurately utilize parental myopia to profile the risk for children. It is also important to educate your adult myopic patients about risks for their children, encouraging children's eye exams and outdoor time as preventative measures.

Effect of corneal crosslinking on corneal shape stabilisation after orthokeratology

We know that orthokeratology (OK) can temporarily reshape the anterior cornea for reversible correction of myopia. Crosslinking is a treatment used mostly to reduce progression of keratoconus, where the epithelium is disrupted, the eye is treated with riboflavin and then exposed to UV light for 30 minutes which strengthens the bonds to the collagen fibrils in the stroma.

Recently, Liao and co-authors published their results on a trial where they performed crosslinking on two rhesus monkeys who had worn OK, to assess retention of the corneal effect. One monkey had worn OK for 24 continuous hours prior to crosslinking, while the other had worn OK overnight for 7 days. Both eyes wore OK but only the left eyes underwent crosslinking, with the right eyes serving as a control.

It was found that crosslinking did prolong retention of the OK corneal topographical effect for 2-4 weeks, compared to around a week for the control eyes. The authors suggested that increasing the treatment zone size and more OK wearing time prior to crosslinking could see better retention of effect after crosslinking.

What this means for your clinical practice: nothing at this stage. We know that OK works well to both correct and control myopia, and this holds some promising potential if we can more longitudinally maintain an OK treatment effect with less frequent wearing time. The risk-to-benefit ratio would need to be considered in undertaking crosslinking in patients with otherwise healthy corneae.

Zhu and co-workers recently publishing a paper on controlling myopia with 1% atropine. Concerned with the 'rebound' effects demonstrated in the ATOM-1 and ATOM-2 studies, this time the atropine dosage schedule was quite different to previous studies, and was reduced in three stages. 660 children were initially enrolled in the study, with myopia of -2.00D to -8.00D.

In phase I, the children received one drop at bedtime, once a month for twenty-four months. In the second year, phase II, drops were reduced to once every two months. Phase III was treatment cessation - no drops - and the children were monitored for another year. Side effects were managed with progressive addition, photochromatic  spectacle lenses.

What this means for your clinical practice: the authors have suggested that an atropine taper is the most effective way of avoiding any rebound effects, and recommend a slow reduction of the drops over a year. This is also a novel dosing regime, with drops only being instilled once a month, which changes conventional thinking on atropine. The atropine 1% side effects are high, with a large rate of children in the study affected, which will impact part of your treatment decisions if proceeding with 1%, but the convenience of only having to dose once a month is also relevant. This may be an appropriate approach for some of your patients.

A very interesting paper by A. Chen and co-authors discussed the impact of questioning style during history taking on information divulged by parents. Highlighting the lack of awareness of proper eye care, the authors pointed out that 70% of parents think they only need to have their child's eyes tested if the child complains. A concerning feature of this is children often don't complain when they can't see or are experiencing other visual symptoms. The researchers surveyed parents using various history-taking styles, some with closed questions and others with direct questions regarding the child's eye health and vision behaviours. Of the 416 parents studied, when open questions were asked 25% reported a problem, however when switched to close-ended questions 46% reported issues. 70% more signs and symptoms were discussed during close-ended questioning. Alarmingly, when asked if their child needed an eye test 90% of this particular study group reported they didn't think testing was required without reported problems.

What this means for your clinical practice: while initiating history taking with open questions builds rapport and begins the conversation, close-ended questions are crucial for truly understanding the child's vision conditions. Parents may simply not realise that some symptoms are connected, or forget to report certain problems. Having a battery of myopia-specific questions in your routine is important. This paper is also a reminder that parents can neglect to seek routine eye care for their children - raise this with parents in your practice and remind them to bring their children in for eye exams, especially if they are myopic themselves.