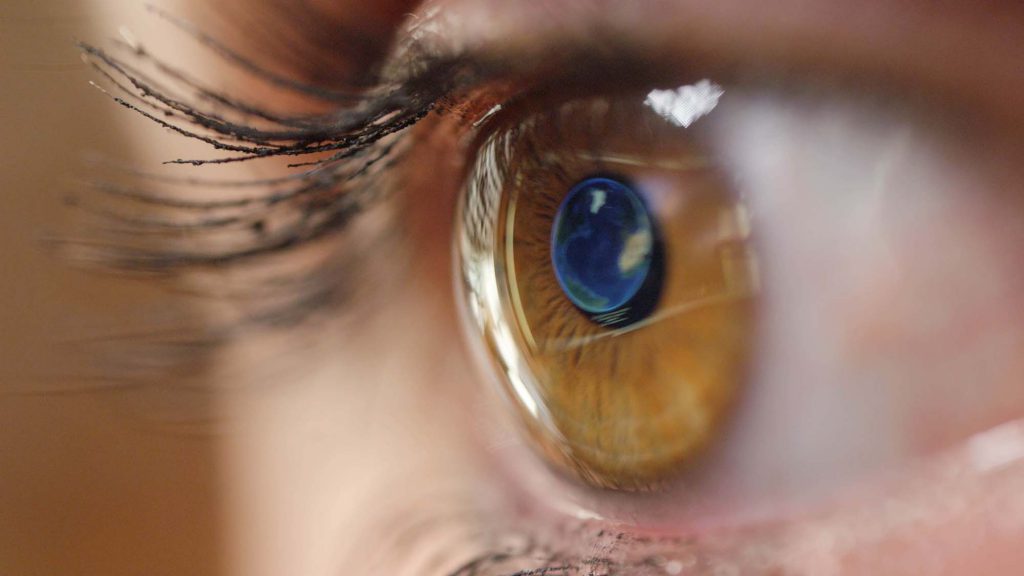 Paper title: The Role of Back Optic Zone Diameter in Myopia Control with Orthokeratology Lenses

The authors report retrospective observations from children fit with OrthoK in a private medical clinic where the back optic zone diameter (BOZD) in the OrthoK lens design was modified to alter the induced treatment zone diameter. The strategy defining how BOZD was selected for each patient is not discussed, however once selected for inclusion, the study participant data was separated into different groups to investigate the relationship between treatment zone diameter and pupil diameter on change to axial eye length and objective cycloplegic refraction across 1-year. Children with a pupil diameter larger than the OrthoK induced treatment zone diameter were found to have slower axial eye growth and a hyperopic shift in refraction compared to the opposite profile where pupil diameter fell inside the peripheral plus power zone of the treatment zone, who exhibited greater axial eye elongation and increased myopia. These results support previously published clinical research, confirming the need for prospective studies to validate these findings.

Results from this study add further weight to the clinical observation that promoting the plus powered zone induced by OrthoK to fall within the pupil diameter has a beneficial effect on slowing progression of myopia in children.

However, further research is needed, particularly a prospective randomized study design, to add  scientific credibility before this strategy can be adopted as a guiding principle when fitting OrthoK for myopia management.

Subject inclusion is not defined, just that 71 schoolchildren were included that has attended the optometric clinic; were fit with OrthoK lenses with differing BOZD; and identified by the lead author as exhibiting <0.5mm treatment zone decentration; uniform treatment zone and successful treatment defined as ≤ 0.50D residual refractive error and 6/6 or better uncorrected visual acuity.

Detail on how PPR was established is not specified

PPR width for the evaluation of the relationship between pupil diameter, axial eye growth and PPR was based on on an analysis performed in a different study

Why did refraction reduce in the small S-BOZD group and increase in the L-BOZD group, while in both cases axial eye growth increased, albeit to a lesser degrees in the S-BOZD group

Retrospective analysis of children attending a private optometric clinic in Spain between March 2012 and October 2016. 71 School children were included, having been selected by the lead author as meeting the study inclusion requirements, they

The lens used was the double reservoir design developed by the lead author, fit according to the lens design fitting specifications with toric design selected where necessary to improve treatment zone outcomes. The lens design offers the ability to reduced BOZD without altering total lens diameter, which was utilized to vary BOZD between participants, though indication of when or why to alter BOZD is not described in the paper.

Relationship between pupil diameter and PPRD

Groups were further stratified by using either horizontal, vertical or mean PPRD

Similarity with the BOZD outcomes is not surprising given that the authors revealed a close association between BOZD and PPRD.

Mean PPRD was only significantly different between the NE and FE groups.

Results from this study add further weight to the clinical observation that promoting the plus powered zone induced by OrthoK to fall within the pupil diameter has a beneficial effect on slowing progression of myopia in children. Further research is needed to validate these results, particularly a prospective randomized controlled study.

Paper title: The Role of Back Optic Zone Diameter in Myopia Control with Orthokeratology Lenses

We compared the efficacy of controlling the annual increase in axial length (AL) in myopic Caucasian children based on two parameters: the back optic zone diameter (BOZD) of the orthokeratology (OK) lens and plus power ring diameter (PPRD) or mid-peripheral annular ring of corneal steepening. Data from 71 myopic patients (mean age, 13.34 ± 1.38 years; range, 10–15 years; 64% male) corrected with different BOZD OK lenses (DRL, Precilens) were collected retrospectively from a Spanish optometric clinic. The sample was divided into groups with BOZDs above or below 5.00 mm and the induced PPRD above or below 4.5 mm, and the relation to AL and refractive progression at 12 months was analyzed. Three subgroups were analyzed, i.e., plus power ring (PPR) inside, outside, or matching the pupil. The mean baseline myopia was −3.11 ± 1.46 D and the AL 24.65 ± 0.88 mm. Significant (p < 0.001) differences were found after 12 months of treatment in the refractive error and AL for the BOZD and PPRD. AL changes in subjects with smaller BOZDs decreased significantly regarding larger diameters (0.09 ± 0.12 and 0.15 ± 0.11 mm, respectively); in subjects with a horizontal sector of PPRD falling inside the pupil, the AL increased less (p = 0.035) than matching or outside the pupil groups by 0.04 ± 0.10 mm, 0.10 ± 0.11 mm, and 0.17 ± 0.12 mm, respectively. This means a 76% lesser AL growth or 0.13 mm/year in absolute reduction. OK corneal parameters can be modified by changing the OK lens designs, which affects myopia progression and AL elongation. Smaller BOZD induces a reduced PPRDs that slows AL elongation better than standard OK lenses. Further investigations should elucidate the effect of pupillary diameter, PPRD, and power change on myopia control.