How reliable are predictors of myopia progression? 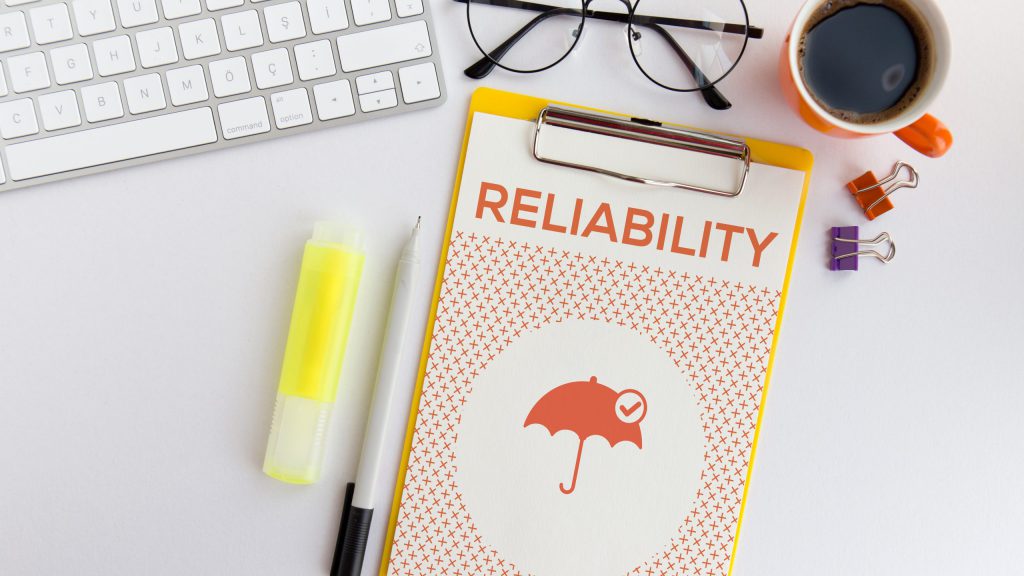 Myopia progression graphs, tools and apps are an excellent visual display of potential myopic growth, and very easy to use when discussing progression and outcomes with parents and patients. Customisable fields, such as age, race, starting myopia script and progression rate give an illusion of specificity, but how accurate are these calculators for your individual patient?

Myopic progression is incredibly varied, and can be dependent on a number of factors such as parental myopia, time spent indoors, binocular vision disorders and simple bad luck. The reality is researchers are still working on why some children progress far more rapidly than others. By using calculators based on “averages” or a small sample size, you may be underestimating outcomes for a fast progressor, or being unrealistic for the amount of control a treatment is having. Where will the research lead us for predicting myopia progression and control? 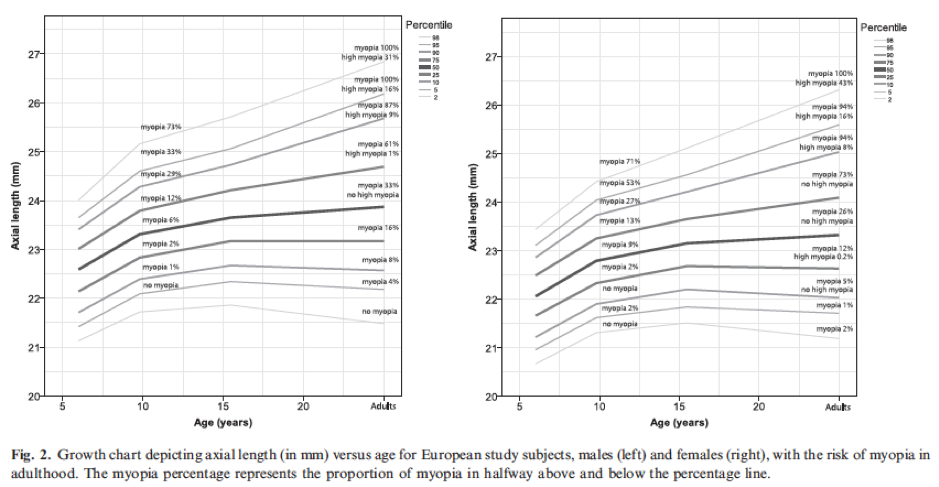 Growth charts are such a well known concept in paediatrics - parents are already trained in the idea of monitoring growth in this way, making them very appealing if they can be applied to eye growth.

Caroline Klaver and her colleagues from Erasmus Medical Center in the Netherlands sought to develop a myopia growth prediction chart from axial lengths measured in children from England and the Netherlands. Children were assessed for axial length and refractive error (measurements taken as part of larger scale growth studies that included, height, weight and other parameters) at 6 years of age and again at 9. Average values of Axial length (AL), Corneal radius of curvature (CR) and AL/CR were calculated. AL was plotted against age, individual percentiles for axial length at 6 and at 9 were calculated relative to the cohort and the absolute differences calculated. Firstly the growth charts were developed, and then they were tested for accuracy by comparing the data to 13 other population and school based studies.

This study included more than 12,000 measurements, which gives it a certain degree of reliability. Multiple datasets were included as well, including multiple regions of the world and ethnicities. These comparative datasets, though, were taken from some older and some newer studies - the authors are suspicious there may be higher levels of axial growth in children born more recently, in line with global myopia trends. In summary, the authors have suggested that their developed growth charts could be a tool for predicting high myopia and identifying children at risk of developing myopia, but not necessarily for tracking myopic growth or comparing efficacy of myopia treatments. Comparison against further, newer data sets is required for accuracy to be improved and for translation to clinical practice.

The BHVI calculator was developed on the basis of their published meta-analysis of single vision spectacle wearing control groups in 20 studies, of 1 to 3 years duration. Hence it makes sense that extrapolating this over 3-6 years of data, as was available in the NICER study, could lead to some over-estimation. There's still a lot we're learning about myopia progression and control.

As an alternative predictor, Ian Flitcroft, Sara McCullough, James Loughman and Kathryn Saunders analysed previously published refraction and axial length data in younger (age 6-9) and older (age 15) cohorts compared to the NICER study undertaken on children aged 6-19 years. They built a mathematical formula (algorithm) which successfully predicted refraction six years later - persistent teenage hyperopes were in the bottom 20% and myopes in the top 80% of the centile algorithm in early childhood. We don't have that one available yet in a handy online calculator, though!

So what does all of this mean for implementation in clinical practice? Whilst growth charts are good from an epidemiological point of view, and for explaining risk and myopia growth to parents, they do not replace individual risk assessment and management. Models like the NICER study and the BHVI are useful, but need further validation before we can apply them across the world, including gender differences and different ethnicities. Use them as part of your suite of clinical tools, but don’t rely on them as your only source of reference, as each child will respond differently. It is important to explain to parents, too, that these calculators reflect average data, and there is no average child - their child may progress slower or faster than average for a variety of reasons.

For more help on discussing myopia management with parents, head to our Resources tab to download our Myopia Management in Practice Infographic; and our Protecting Children from Myopia parent brochure and insert. These clinical communication tools are designed to help you explain the myopia message, including identifying individual factors which could result in slower or faster myopia progression for the child in your chair. You download these for free from the links; and learn how to put these into practice in this YouTube video.