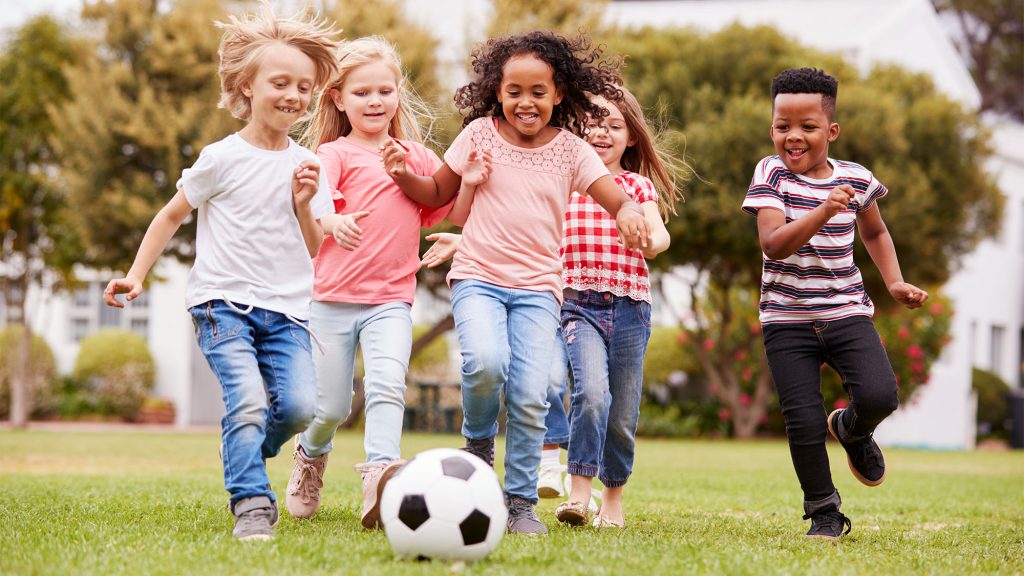 Paper title: Time spent in outdoor activities in relation to myopia prevention and control: a meta‐analysis and systematic review

Across the eyecare community there is a generally accepted belief that increasing time spent outdoors can be protective against progression of myopia.  Xiong et al set out to better understand the research by performing a meta-analysis of 51 clinical trials and longitudinal studies that investigated the relationship between time spent outdoors and the risk of either developing myopia, progression of existing myopia or a myopic shift in refractive error.

Further research could confirm why outdoor time appears most effective in reducing the risk of myopia onset and what an optimum duration of outdoor time would be for use as an intervention step.

Where the biggest impact here is for the non-myopes, this will apply to those children who are classed as pre-myopic and susceptible to developing myopia1.  This may be children who are demonstrating fast reducing hyperopic refractive error or who have a lower hyperopic refraction expected for their age.  Taking the current evidence into consideration, the author’s advice is for parents to increase the time their child spends outside by 1 hour daily.

This meta-analysis was unable to provide evidence for increased time outdoors having a protective effect against progression in eyes which were already myopic, however there were limitations in the study design. Despite these limitations we can still advise parents that helping their children engage in more outdoor play could be beneficial.

Using questionnaires to gather information on how long a child spends outdoors does give a possibility for either recall bias or inaccurate reporting from study participants.

One of the studies excluded from the meta-analysis was by Ramessur et al (2015)2 where they investigated identical twins and the environmental risk factors for myopia.

Of the 25 studies included in the meta-analysis, 17 were from East Asian countries where there is a higher prevalence of myopia compared to many other countries. The remainder were from Australia, the U.K, the U.S.A and Turkey.

This study aimed to explore the association between time spent outdoors and the risk of onset of myopia, the risk of myopic shift in refractive error and myopic progression (in myopic eyes).

Xiong et al collated data from 51 studies ranging from 2002 to 2015 from PubMed, the Cochrane library and EMBASE for their systematic review before including 25 in meta-analysis and dose-response analysis.

The 25 studies used in the meta-analysis included 4 clinical trials, 8 cohort studies and 13 cross-sectional studies with a total of 34,420 participants who were mostly children aged between 6 and 18yrs old.  Only 2 studies had adult participants and a further 2 featured children between 6 months and 72 months.

The data was examined to ascertain a connection between time spent outdoors and the risk of incident or prevalent myopia, the risk of a myopic shift in refractive error and the risk of progression in myopic eyes.  The authors used a random-effects model to pool the information for the meta-analysis and calculate the confidence interval.  Dichotomous data were assessed using the combined risk ratio/odds ratio with 95% confidence interval (CI) and any continuous data was analysed using weighted mean difference and 95% CI.

Where there was a difference in follow-up times for the clinical trials, the estimate of myopic incidence and myopic shift in refractive was based on 3 years.  Studies which had a 1yr follow-up interval had the data multiplied by 2.3 with the assumption that myopic progression reduces as age increases.  Where cross-sectional studies had defined the time outdoors in hours per day, the data was standardised into hours per week and the standard error was adjusted accordingly.

For the dose-response analysis, the increase in the time spent outside was determined for the clinical trials and a risk ratio was calculated from the longitudinal cohort studies odds ratios.

The statistical heterogeneity was assessed and sensitivity and sub-group analyses were carried out.

The combined risk ratio from 3 clinical trials was calculated at 0.536, suggesting that increased time spent outdoors during play-times at school had a significant protective effect by reducing the chance of onset of myopia:

For the dose-response analysis, the results from 6 cohort studies revealed that, overall, the risk of developing myopia could be reduced if time was spent outdoors.  One study from Australia investigated the relationship of varying amounts of outdoor time and found that the risk for myopia onset was higher in their younger cohort who spent 13 hours or less per week outside compared to those of the same age who spent an average of 22.5 hours or more per week outside.  The remaining 5 cohort studies included in the dose-response analysis discovered an inverse relation where increased time outside was associated with less chance of incident myopia.  After plotting the risks of incident myopia from these 6 studies against the time spent outdoors in hours per week, an equation was formulated that gave the figures of:

When the sub-group analysis was undertaken, the cohort studies indicated there was stronger protective effect for children aged 6yrs old compared to 11-12yr old children.  The cross-sectional studies, however, found no significant difference between 3 age groups of 6yrs and younger, between 6 and 18yrs and over 18yrs as well as no difference between 3 classifications of prevalence (20% or less, between 20 and 80%, or over 80%).

The pooled estimates of the relationship for myopes and non-myopes was calculated from 3 clinical trials and found that more time outdoors was related to a -0.30D less myopic shift for those in the intervention group compared to those in the control group.  The clinical trial studies displayed more of a reduction in myopic shift (-0.34D) than the randomised controlled studies (-0.17D).

Out of the 6 studies included in the dose-response analysis, only 1 found a statistical association between increased time outside and myopia progression, with a -0.14D mean difference between the control group and the test group.

The other studies included in the dose-response analysis demonstrated no significant statistical evidence that outdoor time had a treatment effect for myopia progression.

The combined results from the authors meta-analysis and systematic review reveal there is a protective element to myopia incidence or prevalence when there is increased time spent outdoors.  This still seemed to be the message even where there was a high heterogeneity between studies as some extent of protective effect was still seen.

However, the dose-response analysis demonstrated this did not seem to apply to eyes which were already myopic, and spending more time outdoors seemed to have little impact on their myopia progression.  Those studies which didn’t find a protective effect were able to show that, on average, myopic children still spent more time indoors than outdoors.

Based on these findings, a conclusion can be drawn that encouraging young children to play outside for at least 1hr per day can be beneficial in terms of reducing their risk of developing myopia and reducing the chance of their refractive error taking a myopic shift.  Being outdoors is also reducing the time spent indoors on near work activities which could be playing a part too.

Where the benefit of time outdoors seems to be highest for children approx. 6yr old or younger, this seems coincident with what we know about the eye’s development at this stage and future research could tell us to what extent environmental influences can have.  For now, it does no harm to ensure children have outdoor time and find a balance with how much near work they do indoors.

Title: Time spent in outdoor activities in relation to myopia prevention and control: a meta‐analysis and systematic review

Outdoor time is considered to reduce the risk of developing myopia. The purpose is to evaluate the evidence for association between time outdoors and (1) risk of onset of myopia (incident/prevalent myopia); (2) risk of a myopic shift in refractive error and c) risk of progression in myopes only. A systematic review followed by a meta‐analysis and a dose–response analysis of relevant evidence from literature was conducted. PubMed, EMBASE and the Cochrane Library were searched for relevant papers. Of the 51 articles with relevant data, 25 were included in the meta‐analysis and dose–response analysis. Twenty‐three of the 25 articles involved children. Risk ratio (RR) for binary variables and weighted mean difference (WMD) for continuous variables were conducted. Mantel–Haenszel random‐effects model was used to pool the data for meta‐analysis. Statistical heterogeneity was assessed using the I 2 test with I 2 ≥ 50% considered to indicate high heterogeneity. Additionally, subgroup analyses (based on participant's age, prevalence of myopia and study type) and sensitivity analyses were conducted. A significant protective effect of outdoor time was found for incident myopia (clinical trials: risk ratio (RR) = 0.536, 95% confidence interval (CI) = 0.338 to 0.850; longitudinal cohort studies: RR = 0.574, 95% CI = 0.395 to 0.834) and prevalent myopia (cross‐sectional studies: OR = 0.964, 95% CI = 0.945 to 0.982). With dose–response analysis, an inverse nonlinear relationship was found with increased time outdoors reducing the risk of incident myopia. Also, pooled results from clinical trials indicated that when outdoor time was used as an intervention, there was a reduced myopic shift of −0.30 D (in both myopes and nonmyopes) compared with the control group (WMD = −0.30, 95% CI = −0.18 to −0.41) after 3 years of follow‐up. However, when only myopes were considered, dose–response analysis did not find a relationship between time outdoors and myopic progression (R 2 = 0.00064). Increased time outdoors is effective in preventing the onset of myopia as well as in slowing the myopic shift in refractive error. But paradoxically, outdoor time was not effective in slowing progression in eyes that were already myopic. Further studies evaluating effect of outdoor in various doses and objective measurements of time outdoors may help improve our understanding of the role played by outdoors in onset and management of myopia.