How much axial length growth is normal? 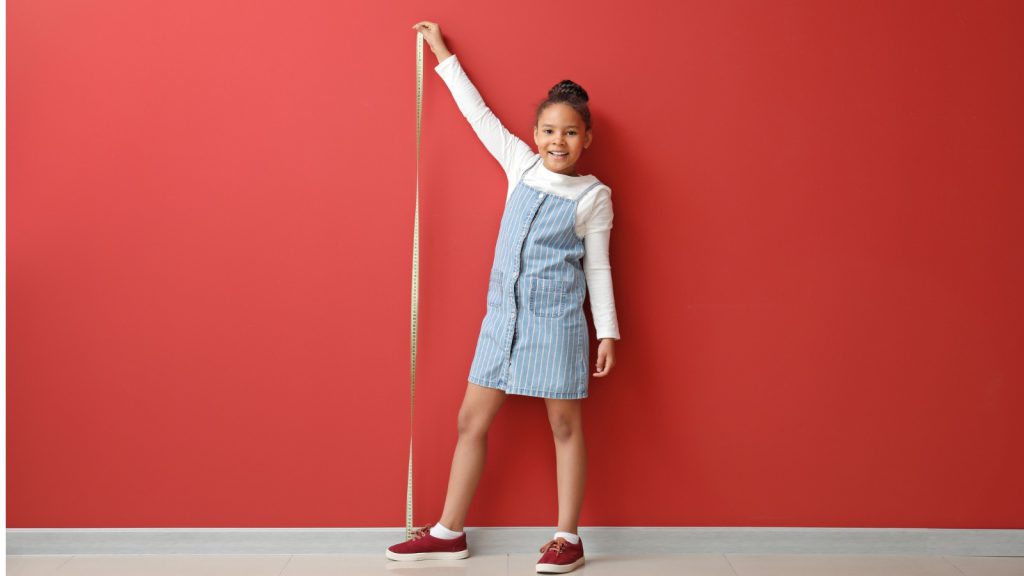 When defining myopia, the International Myopia Institute suggests this is done using refraction as the benchmark (-0.50D). This is also the case for high myopia (>-5.00D) as eyes with axial lengths smaller than 26.5mm can still have pathological myopia signs.1

After birth, the eye begins the complex multifactorial process of emmetropization, which includes genetic factors and visual feedback regulating eye growth. There is evidence for this based on genetic, animal and human population studies.2 In the human eye, the majority of ocular growth occurs in the first few years of life. After this, in the child destined for emmetropia, the corneal curvature is quite stable while the growth of axial length is balanced by flattening of the crystalline lens. In myopia, this compensation is lost as axial length grows too quickly.3

How much axial growth is normal?

The large-scale Collaborative Longitudinal Evaluation of Ethnicity and Refractive Error (CLEERE) study found that children aged 6 to 14 who remained emmetropic showed an average of 0.1mm per year axial growth. More specifically by age, this was 0.16 mm per year for age 6–9 years, 0.08 mm per year for age 9–12 and 0.02 mm annually for age group 11–14 years.4 Other authors found this same average growth of 0.10mm per year until age 13, with a small amount of growth thereafter in teenage emmetropes declared to be "minute and without practical implications". These authors found that in European children, the average final axial length for females was around 23mm and males 23.5mm, with this gender size difference emerging around age 5 and persisting thereafter.5 Authors agree that faster growth tends to occur before age 10, with Asian 8-year-old emmetropes showing 0.12±0.24mm annual growth6 and European 9-year-old emmetropes showing an annual growth of 0.19±0.05mm with a range of 0.12 to 0.29mm.7

Before age 10, axial growth in emmetropizing children is usually in the range of 0.1 to 0.2mm per year. After this, around 0.1mm per year of axial growth is normal of the emmetropization process, which is typically complete by the teenage years.

The answer is yes. The CLEERE study found that the fastest axial growth occurred in the year before myopia onset, where future myopes grew by by 0.33mm, slowing to 0.20-0.27 per year after onset and throughout their myopia progression. This was not a myopia control study, so these were all single vision corrected children.4

Further analysis of the CLEERE data found that an axial length change of 0.22mm per year was a way of identifying fast myopia progressors, and this was independent of the prior year's axial or refractive progression history.8

Another large-scale refractive development study, the Singapore Cohort Study of the Risk Factors for Myopia (SCORM), found that regardless of age of onset, myopia onset tended to occur at a similar axial length of 24.08±0.67mm in boys and 23.69±0.69mm in girls.6

Impending myopia onset can be indicated by axial length growth of more than 0.2mm per year, and/or an absolute axial length value close to 24.1mm in boys and 23.7mm in girls.

What happens in myopes?

Progressing myopes who are not in a myopia control treatment tend to show at least 0.3mm per year growth up to age 10-11, and slower growth of around 0.2mm in their pre-teens and early teens.

What about myopia stabilization?

Male eyes stabilized almost 0.5mm longer than female eyes (25.5 versus 25mm respectively), even though they had progressed similarly, stabilized at a similar age and had similar levels of myopic refractive error - male eyes were simply longer throughout all visits. Having two myopic parents made for a longer final eye length (25.05mm with no myopic parents and 25.45 with two myopic parents), but ethnicity did not have an influence.9

An important point is that stabilization by age 16.3, on average, means that half were stable before this age, and half continued to progress after this age. Research has shown that around 20% of myopes in their 20s progress by at least one dioptre in that decade,10,11 we don't yet know much about axial length growth in late teenage or young adult myopia progression.

The average age of axial length stabilization is 16.3 years, regardless of ethnicity, gender and family history of myopia. The average axial length measurement at stabilization is 25.5mm for males and 25mm for females, even with similar refractive error. Ethnicity doesn't influence this final axial measurement although two myopic parents can make for slightly longer eyes.

How can you use this information in practice?

Here are the key points as illuminated by the literature, and a handy reference graphic, below.

Let's firstly consider myopic children under age 10, for whom their early onset and faster progression of myopia puts them at greater risk of high myopia. If 'untreated' myopia progression is typically greater than 0.3mm per year, then slowing annual progression to less than this is the ideal outcome. Since emmetropes of that same age progress by 0.1-0.2mm per year, slowing progression to this rate is an excellent outcome.

The caution on averages

The main downside of using averages, as in these examples, is that you simply don't know if the child in your chair is an 'average' or not. Instead, using percentile growth charts is ideal to firstly understand how that child's axial length compares to their peers, and secondly to gauge the success of a myopia control strategy by seeing a reduction in their percentile rank. Read more about this in How to use axial length growth charts. New axial length measurement instruments specifically designed for myopia management, such as the OCULUS Myopia Master, incorporate axial length growth charts into the measurement software to support these clinical judgements.