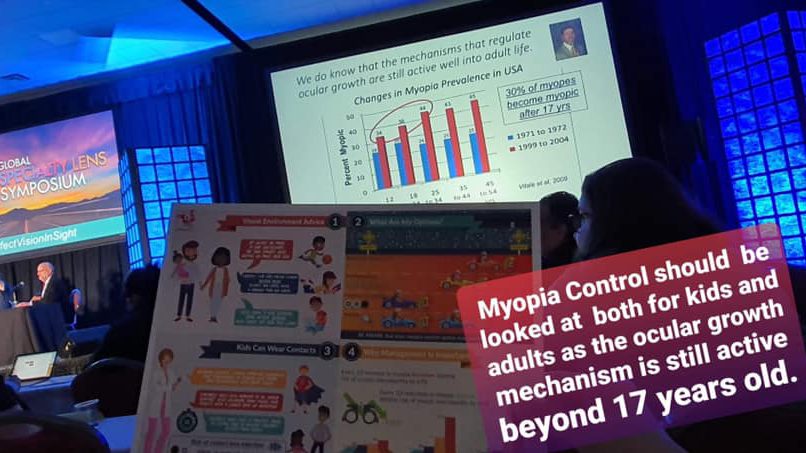 Hello from Las Vegas!! Welcome to the exciting news updates from the Global Specialty Lens Symposium 2020, held January 22-25th. Get ready for a bumper news update! Read on for information on the latest primate research, intervention updates and young adult myopia progression. Jump to the bottom for the link to Update 2: risk-benefit analysis of myopia control, and how to integrate that into practice and inform parents.

Big thanks to Jeanette Romualdez, Optometrist from the Phillipines, who composed the above picture and shared it with the Myopia Profile Facebook group. This was from a session which included information on young adult myopia progression.

30% of myopes become myopic after age 17 (that’s me - age of onset 19!) so myopia control doesn’t conclude when childhood does. Young adult myopia control is a trickier beast though, as:

What are we going to do for them? I believe we need to: 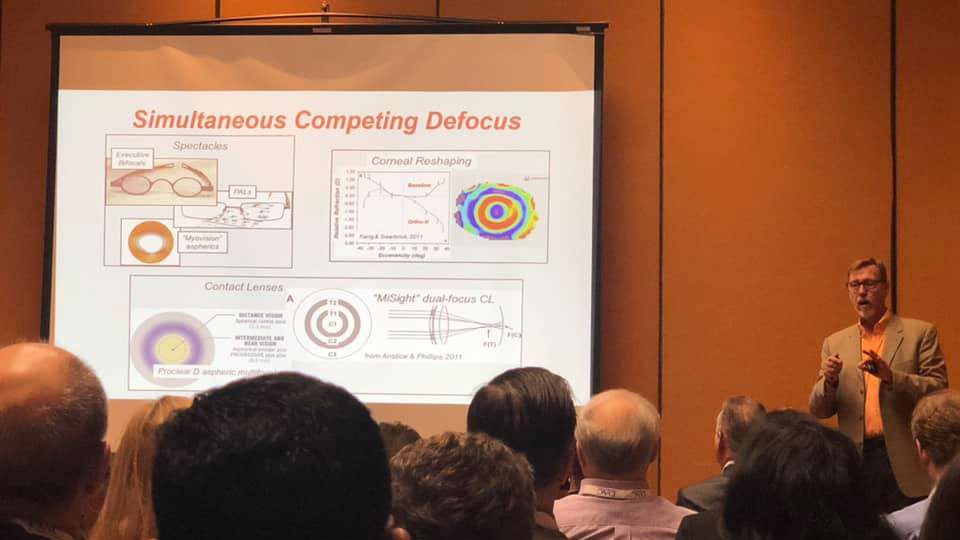 Earl Smith (pictured above), from the University of Houston, presented a bunch of fascinating research on what primate research has told us about myopia mechanisms - this time on the crucial concept of simultaneous defocus. It’s time to move our thinking from peripheral defocus to simultaneous defocus, where two competing image planes influence eye growth. In practice this means OrthoK, dual focus soft contact lenses and the new DIMS spectacle lens. Here’s what we learnt:

In summary, our thinking is now moving on from 'peripheral defocus' to 'simultaneous defocus', which helps to picture a more realistic, three dimensional whole-eye effect of these optical treatments rather than just thinking of a two dimensional eye section with a changing image shell. 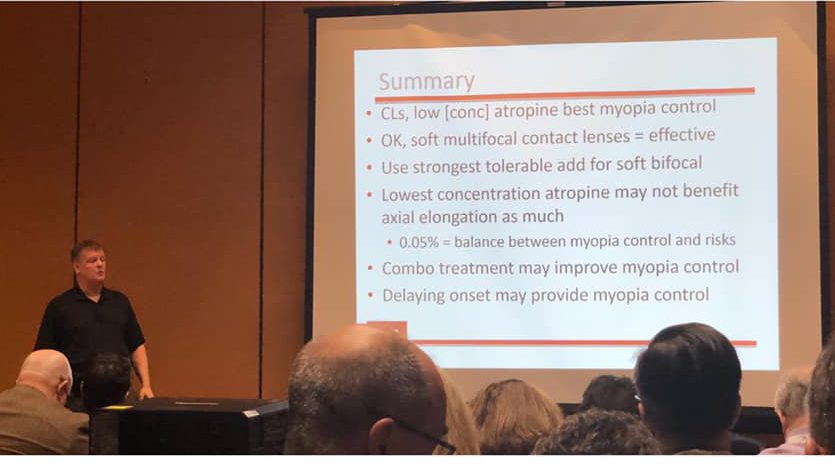 Jeff Walline (pictured above), from Ohio State University, updated us on interventions for myopia control. So much good stuff!

Click here to read GSLS2020 Part 2: The parents, the patients and your practice