Does low-dose atropine cause blurry vision? 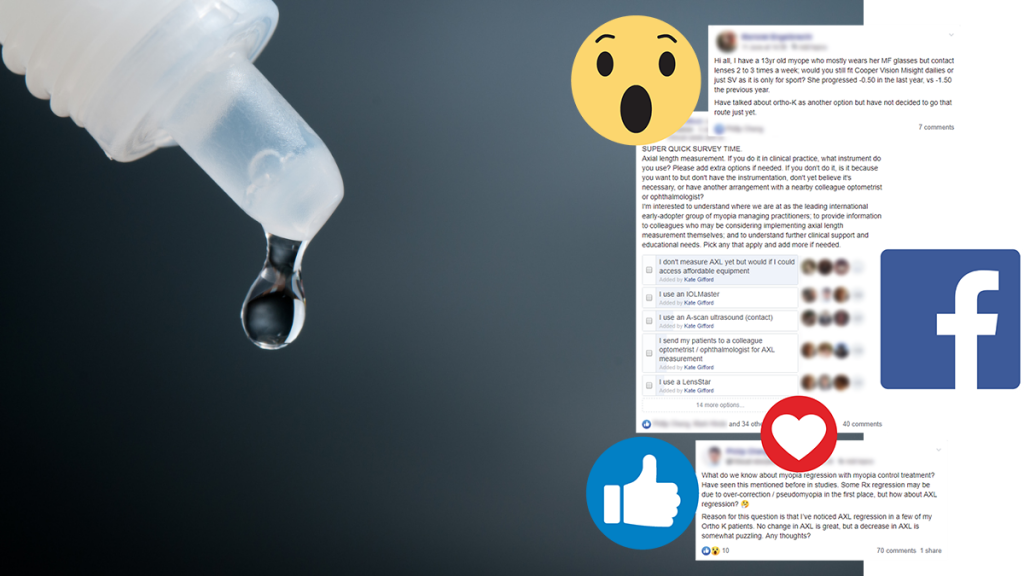 Low dose atropine is often used for myopia control in children. How commonly will patients complain of side effects, such as photophobia, allergy or blurry vision at near? BL presents a patient who experienced blurry vision after using 0.01% atropine once, and subsequently refused to use it. This led to significant fear and misconception on the part of the parent. How should a case like this be managed? 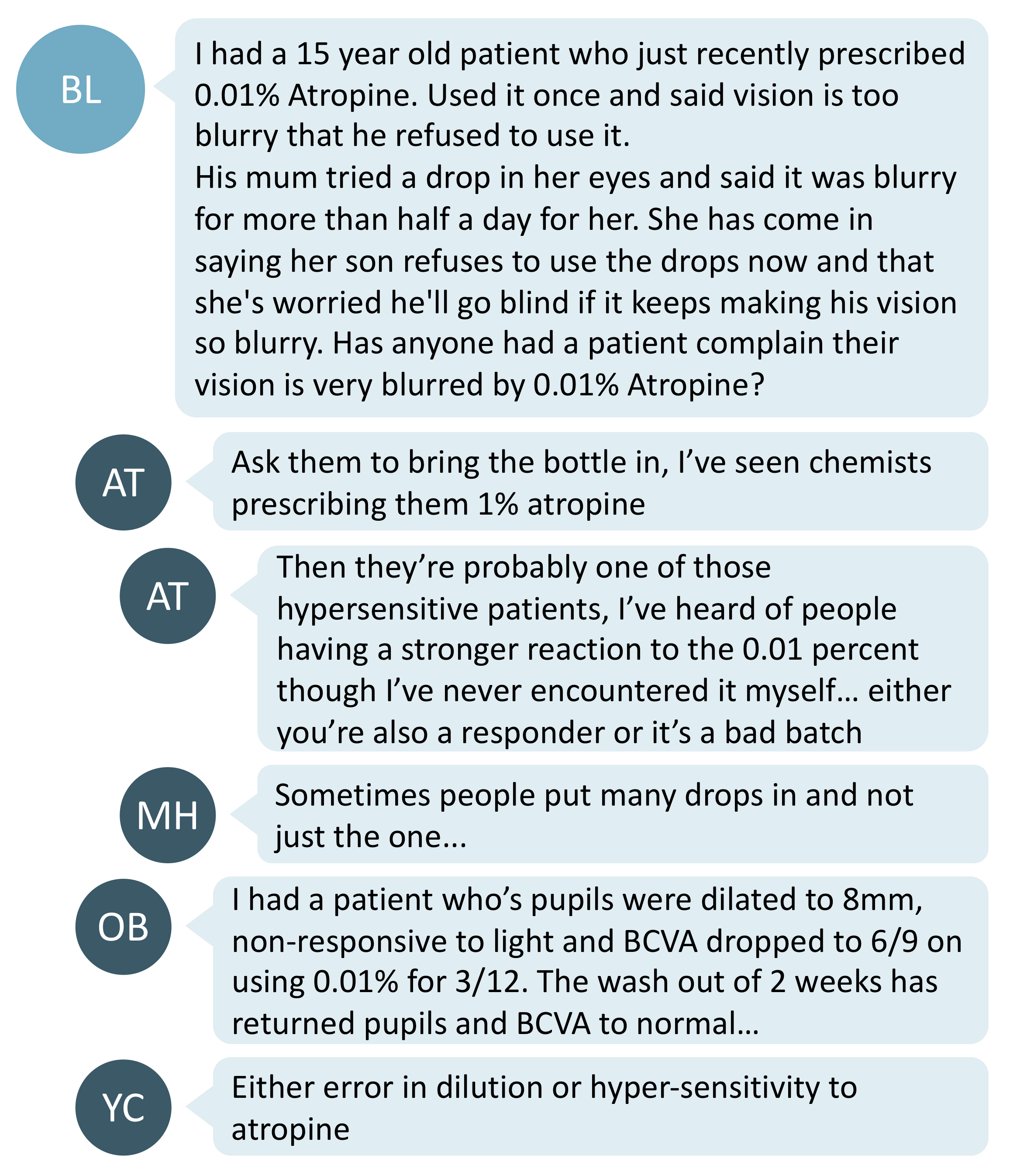 Possible causes for these effects as suggested by the community are:

Investigating these potential causes are important in successfully managing this patient.

What does the research say?

Therefore, this suggests that if a child has large pupils to begin with, minor pupil dilation after low-dose atropine instillation may potentially impact distance and near vision due to the change of image resolution.

Effect of low-concentration atropine on accommodation

Children normally have good accommodation, so a minor decrease in accommodation amplitude would not typically affect their near vision. However in some children, atropine's side effects could be enough to cause a problem with binocular vision and hence it should be comprehensively assessed in children on atropine treatment, especially if they are experiencing problems with near vision.  Optical support may be needed, as determined by their BV status, such as a near add in spectacles.

What else should be considered?

Iris colour. Many atropine studies involve children of East Asian heritage; it is expected that side effects may be more pronounced in Caucasian children with lighter iris pigmentation. This could be true for the individual, although Gong et al’s meta-analysis of efficacy versus side effects in low dose atropine8 suggests that difference in response between Asian and Caucasian children was minimal. Instead, increase side effects were linked to higher concentrations of atropine.

Incorrect dispensing. A key consideration is a pharmacy dispensing error. In Australia, a number of cases were reported in 2018 and 2019 where 1% atropine was dispensed to children where 0.01% atropine had been prescribed. In response, Optometry Australia recommended that atropine prescriptions include the specific note 'MUST BE COMPOUNDED' to avoid this dispensing error.

Number of drops used. Clinical advice would be to instill one drop in each eye, nightly, in atropine treatment. Interestingly, the ATOM22 and LAMP3 studies do not mention if children were told to instill one or two drops. Generally, the pre-corneal ocular volume is only around 20 uL while dropper bottles can deliver 25-70 uL per drop,9 so one drop should be enough to deliver the medication. Multiple drops could increase the concentration of the medication absorbing into the eye.