Change in body height, axial length and refractive status over a four-year period in caucasian children and young adults 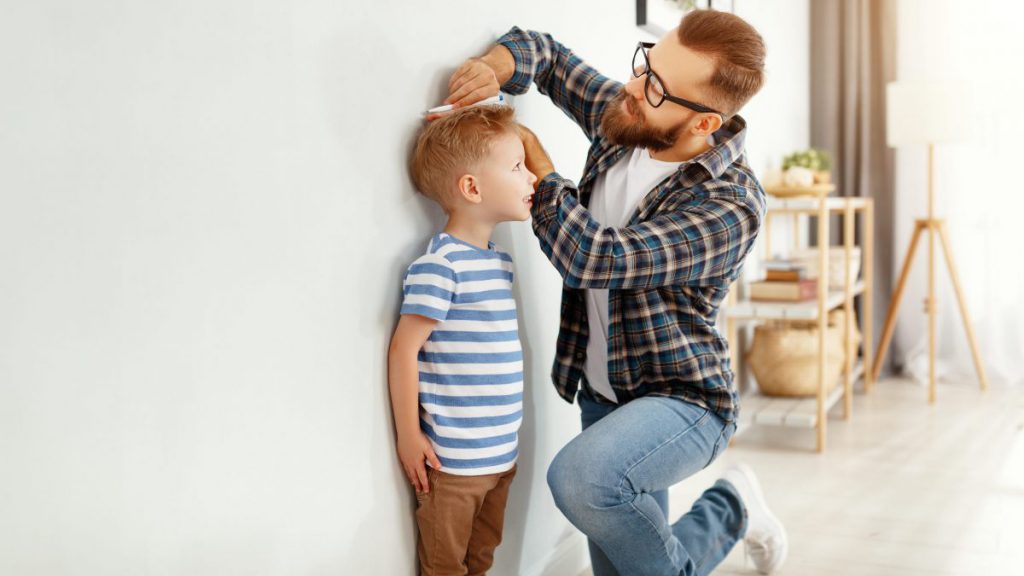 The axial length of a child’s eye will increase as part of their normal growth and although this is as normal as them growing taller as they get older, excessive axial length of the eye leads to high myopia.

This longitudinal review sought to discover an association between changes in height, refractive status and axial length over time.  Over the 4yr period of the study 140 participants, aged between 5 and 20yrs old, had their refractive error, height and ocular parameters measured at 3 timepoints.

The authors reached the conclusion that the growth mechanisms for body growth and axial length growth were likely to be different in origin.  For emmetropes an associated correlation can be seen but once myopia is present, the axial length appears to have a separate drive for growth.

Children and young adults were followed over a period of four years to investigate associations between changes in body height, refractive status and ocular measurements.

This study used a longitudinal design to collect data from 140 participants aged 5 to 20 years of age (mean age 13.0) recruited from the patient database of an optometric practice in Western Germany.  Those who wore rigid gas permeable lenses or had an ocular or systemic disease, anisometropia or astigmatism of 2D or more, visual acuity of less than 6/6 or strabismus were excluded.  Data on the participant’s refraction, axial length, height, corneal curvature and anterior chamber depth was recorded at three different time intervals during the 4yr study period.

The refraction and biometry measurements were taken at the initial visit (t1) and at two year intervals (t2 & t3) across four years.

Non-cycloplegic refraction was performed with a Shin Nippon NVision-K 5001 infrared binocular open-field auto-refractor.  Accommodation was relaxed by using a +3D Fresnel fogging lens mounted on the auto-refractor (cycloplegia was not permitted for optometric practice) and subjective refraction was carried out.  The right eye's spherical equivalent refraction (SER) was used in analysis.

This was measured against a wall-mounted tape measure (without shoes on).

The SER values were split into refractive groups to reflect changes between the timepoints:

The 140 children and young adults who took part in the study were 99% Caucasian.  The myopic prevalence at baseline (t1) was 35% increasing to 38.1% at the 4 year visit (t3). No differences for gender were found at the t2 or t3 timepoints. The emmetropising hyperopes were omitted from the analyses as there were too few participants in each group (1 in t1 and 4 in t3 respectively).

There was a correlation for the persistent emmetropes (PE) and the incident myopes (IM) for between timepoints t1-t2, but not for the other groups.  With every 1cm extra height change between t1 and t2, there was a corresponding change of 0.03mm in axial length for the PE group and 0.11mm for the IM group.  For t3, change in height was only statistically correlated with the PE group.

It was found that the male participants grew taller faster over the period of the study compared to the females but that this did not translate to any significant difference in the axial length when comparing males and females.

The persistent emmetropic (PE) and progressing myopes groups showed correlation for body growth change and anterior change depth between t1 and t2 timepoints.  However, it was only statistically significant for the PE group for t2-t3 (as with the axial length).

There was no statistically significant change found for the corneal curvature in relating to change in height over the 4yr period in any group.

When the authors conducted their cross-sectional analysis, they found the following:

The results of this study have shown there is a proportional association between body height increase and axial length increase for emmetropic children and young adults as they grow.

However, this correlation doesn’t hold true for progressing myopes.  They were found to have a faster rate of axial elongation compared to emmetropes that was also out of proportion to their own height increase.

This suggests that there may be separate mechanisms responsible for axial length growth and height growth which have a corresponding relationship for emmetropes, but not for myopes.

Title: Change in body height, axial length and refractive status over a four-year period in caucasian children and young adults