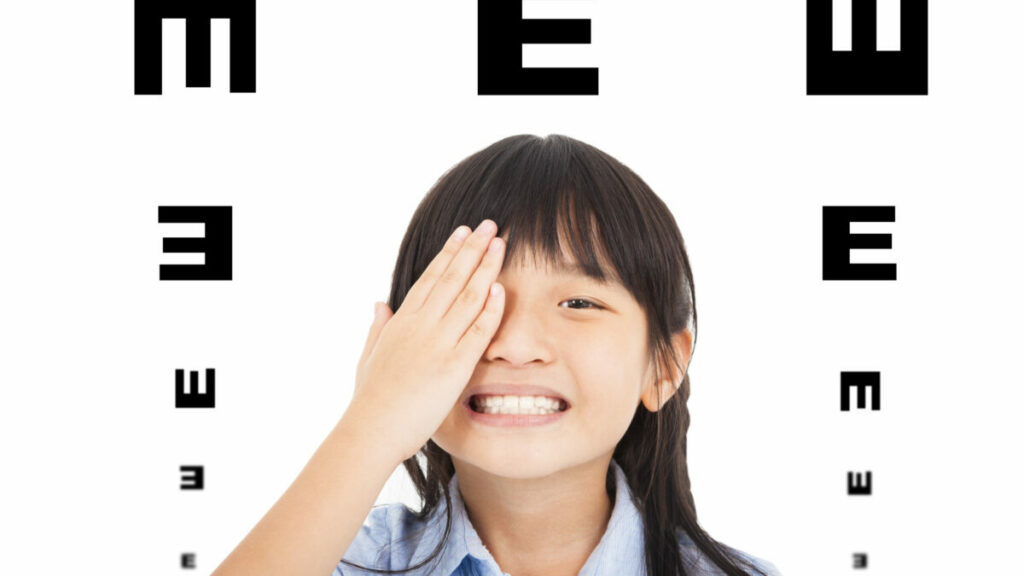 This study investigated changes in the blur detection threshold, aberrations and accommodative response of 32 children aged between 8 and 14yrs old in China, before and after being fit with orthokeratology lenses.  Baseline myopia ranged from -1.00D to -6.00D.

The blur detection threshold was measured by showing the children a series of 3 images (tumbling Es, Street View and ‘Lena’ images) which varied in spherical defocus and asking them to state if they perceived them as blurred or not blurred.  Accommodative lag was calculated after measuring accommodative responses with an auto-refractor and higher order aberrations were measured using a wavefront analyser. Any correlation between each of these was also examined.

After 1 month of Ortho-K wear, the children showed:

Blur detection thresholds were affected by higher order aberrations before wearing Ortho-K lenses but not after, presumably due to the altered corneal shape.  The increased aberrations caused a slight worsening in the children’s visual acuities and may lead to blur adaptation, improved blur sensitivity and accommodative lags.  Being able to detect blur more easily may be negating any acuity reducing effect of the increased aberrations.

Patients who are new to Ortho-K lenses may not notice they are experiencing vision levels slightly lower than their spectacle-corrected vision.  However, the centration of Ortho-K lenses is important in reducing the chance of inducing further aberrations from a displaced optic zone where this would degrade the image

The relationship between visual quality and blur sensitivity, and the role of blur adaptation in orthokeratology's myopia control efficacy, could be explained with further research.

Methods: Thirty-two children aged 8-14 years old who underwent Ortho-K treatment participated in and completed this study. Their BDTs, aberrations, and accommodative responses (ARs) were measured before and after a month of Ortho-K treatment. A two forced-choice double-staircase procedure with varying extents of blur in three images (Tumbling Es, Lena, and Street View) was used to measure the BDTs. The participants were required to judge whether the images looked blurry. The BDT of each of the images (BDT_Es, BDT_Lena, and BDT_Street) was the average value of the last three reversals. The accommodative lag was quantified by the difference between the AR and the accommodative demand (AD). Changes in the BDTs, aberrations, and accommodative lags and their relationships were analyzed.

Conclusions: Ortho-K treatment increased the children's level of blur detection sensitivity, which may have contributed to their good visual acuity.