Do multi-zone myopia control lenses maintain their defocus profiles at all viewing distances? 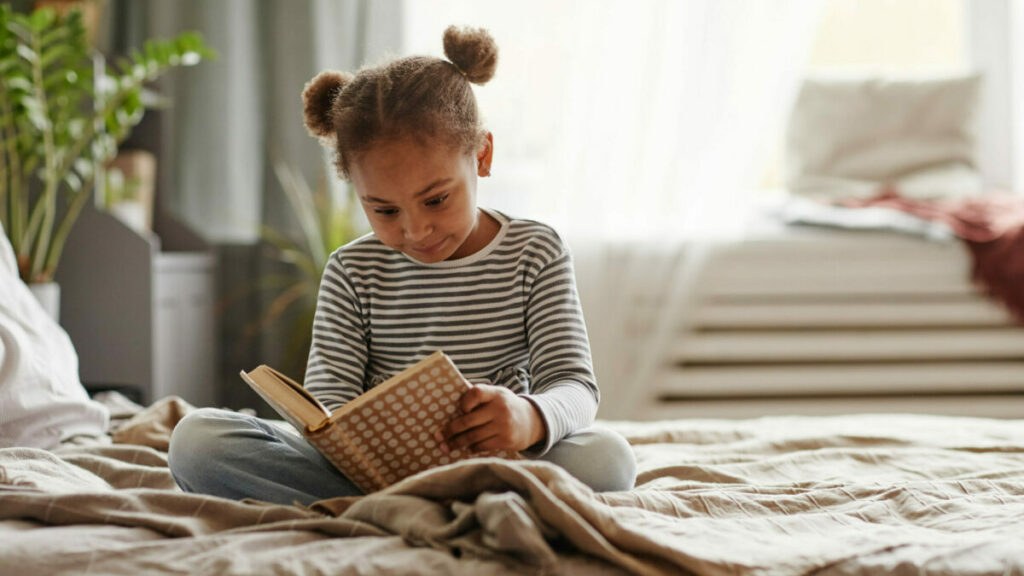 The majority of light entering an aberrated eye remains defocused, despite entering the eye via the pupil.  Myopic defocus has been found to be a ‘stop’ signal for axial growth in young eyes, with hyperopic defocus being a ‘grow’ signal.1 Multi-zone spectacle and contact lenses fitted for children are intended to present myopic defocus in the retinal image at all distances regardless of the accommodative state.2

This study developed an optical model of the accommodating child’s eye to investigate the effect of accommodation, pupil size and target distance on the quality of the retinal image when fitted with multi zone spectacle and contact lenses. The models were based on laboratory data from 16 myopes aged 8 to 13yrs.

The wavefronts of 4 multi-zone lenses (dual focus designs MiSight 1 day and DIMS spectacle lenses, Biofinity centre-distance multifocal and extended depth of focus design NaturalVue) were measured ex-vivo using an aberrometer.  These were then included in “eye+lens” wavefront modelling by adding them to the eye-only model wavefront in the pupil plane.  The optical characteristics of the models alone and with the addition of the multi zone lens wavefronts were measured, with pupil sizes, aberrations and accommodative lags adjusted for viewing a 0.0 logMAR (6/6) letter at 400cm and 16pt type letters at near distances of 100, 33 and 20cm.  These gave target viewing vergences of -0.25, -1.00, -3.00 and -5.00 respectively.

Simulated images were created with paraxial and marginal focused light and allowed for -0.50D accommodation being present for near viewing.  Spherical aberration (SA) was predicted by a mixed quadratic model for average pupil sizes ranging from 2.81 to 3.48mm. 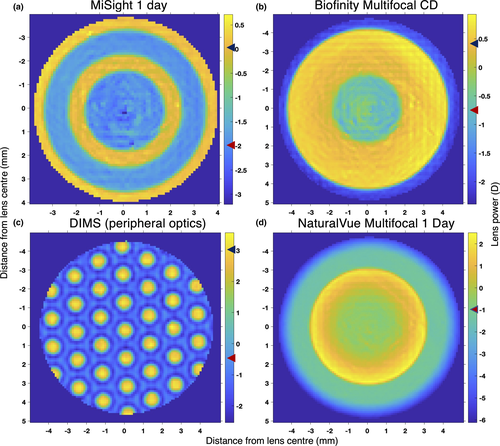 Figure 1 from the open access paper, captioned: Ex-vivo, aberrometer measured power maps of four myopia control lenses... The red and blue triangles on the colour bar scale indicates the measured distance and add power, respectively. Note that these measured powers served as the basis for optical modelling as opposed to the nominally labelled powers on the packaging.

Multi-zone lenses are able to provide myopic defocus at far distances. However, for very near viewing distances, pupil miosis and increased negative SA for near viewing may reduce the full potential of myopic defocus for each design, if the eye was viewing through a distance portion.

Purpose: To develop an optical model of a child's eye to reveal the impact of target distance and accommodative behaviour on retinal image quality when fitted with multi-zone lenses.

Methods: Pupil size, aberration levels and accommodative lag were adjusted for models viewing stimuli at 400, 100, 33 and 20 cm. Distributions of defocus across the pupil and simulated retinal images were obtained. An equivalent 16-point letter was imaged at near viewing distances, while a 0.00 logMAR (6/6) letter was imaged at 400 cm. Multi-zone lenses included those clinically utilised for myopia control (e.g., dual-focus, multi-segmented and aspherical optics).

Results: Viewing distance adjustments to model spherical aberration (SA) and pupil radius resulted in a model eye with wider defocus distributions at closer viewing distances, especially at 20 cm. The increasing negative SA at near reduced the effective add power of dual-focus lenses, reducing the amount of myopic defocus introduced by the centre-distance, 2-zone design. The negative SA at near largely compensated for the high positive SA introduced by the aspheric lens, removing most myopic defocus when viewing at near. A 0.50 D accommodative lag had little impact on the legibility of typical text (16-point) at the closer viewing distances.

Conclusions: All four multi-zone lenses successfully generated myopic defocus at greater viewing distances, but two failed to introduce significant amounts of myopic defocus at the nearest viewing distance due to the combined effects of pupil miosis and negative SA. Typical 16-point type is easily legible at near even in presence of the multi-zone optics of lenses utilised for myopia control and accommodative lag.