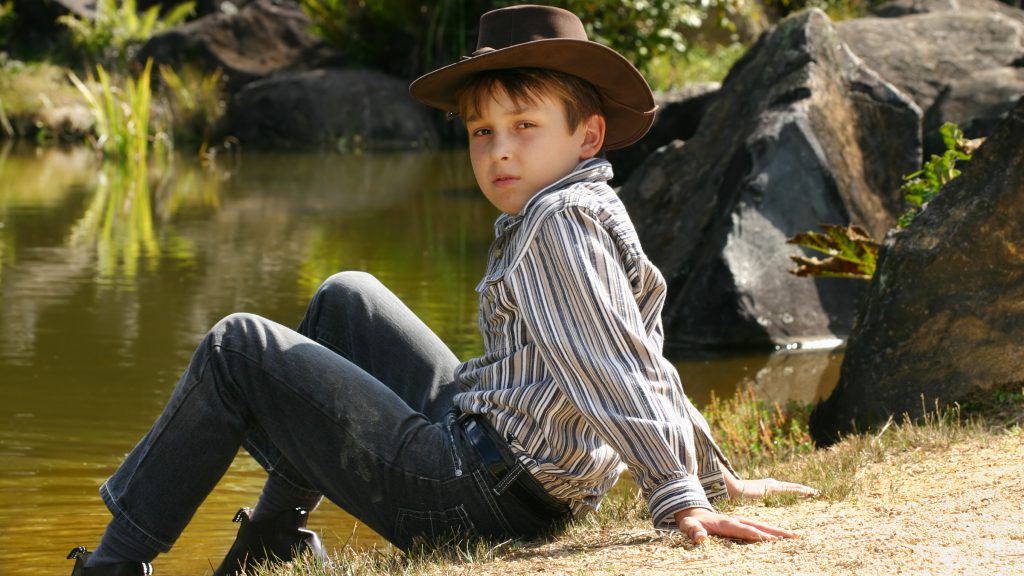 With the backdrop of increasing prevalence of myopia across East Asia being driven by increasing educational pressures and urbanisation, the authors sought to investigate prevalence of myopia amongst disadvantaged children predominantly living in rural New South Wales (NSW) and the Australian Capital Territory (ACT), Australia. This cohort, by virtue of rural location and in general having lower expectations from education, represent a contrasting demographic to the urbanised childhood populations with higher educational pressures, where myopia prevalence is reported to be increasing.

Retrospective analysis of records from vision examinations conducted at a children’s charity (Stewart House) located on the northern beaches of Sydney, Australia. Disadvantaged children from NSW and ACT are selected by principals from government schools to attend Stewart House for a period of 2 weeks during which eye screening examinations are conducted. 4365 children examined in 2014, 2016 and 2018 met the study criteria and were included in the study.

Two thirds of children came from rural areas and the remainder from low-density housing.

Change to prevalence from younger to oldest measured age groups: 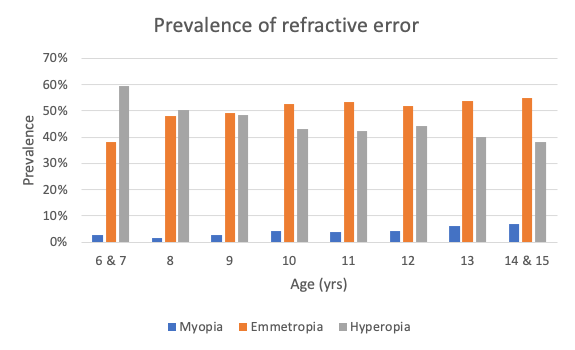 Change in prevalence across different measurement years (2014 v 2016 v 2018) when considered across all participants:

Purpose Myopia prevalence is influenced by environmental factors including heritability and social disadvantage. The current prevalence of myopia among disadvantaged school children in Australia has not been reported. Therefore, this study analyses refractive data for children from rural and outer suburban areas.

Methods The records of 4,365 children aged 6–15 visiting a city-based government-school respite care center during the years 2014/2016/2018 were analyzed for right eye non-cycloplegic spherical equivalent refraction (SER). The prevalence of myopia (SER≤-0.50D) was compared with historical data.

Conclusions Myopia prevalence increased with age. The mean SER decreased slightly from 2014 to 2018. Sex differences in the rate of change with age was observed. Compared with 40 years ago, the prevalence of myopia has doubled, but it remains significantly lower than in school children of a similar age living in established urban areas that are regarded as having a higher socioeconomic status.